Suffolk County Police today arrested a man for driving while intoxicated after a two-vehicle crash in Bohemia this morning. 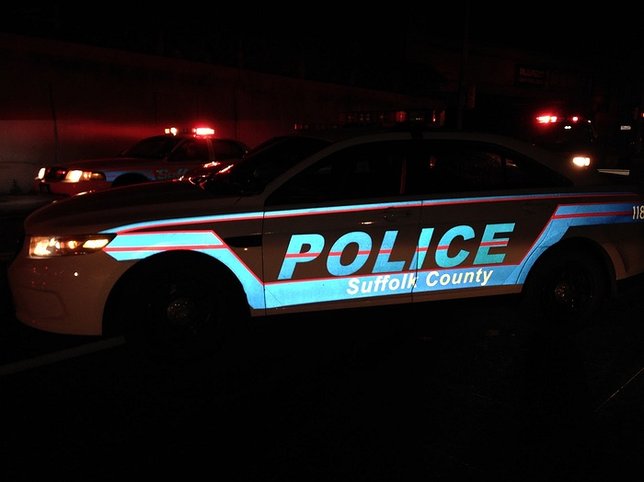 Bohemia, NY - February 12, 2017 - Suffolk County Police today arrested a man for driving while intoxicated after a two-vehicle crash in Bohemia this morning.

Thomas Barbella, 16, was driving a 2004 GMC southbound in the northbound lanes of Lakeland Avenue at approximately 12:23 a.m. A Suffolk County Fifth Precinct Patrol officer attempted to initiate a traffic stop and Barbella fled. A pursuit was then initiated. A short time later, Barbella crashed into a 2016 Ford Fusion at the intersection of Lakeland Avenue and the Sunrise Highway North Service Road.

Barbella was transported to Stony Brook University Hospital via Suffolk County Police helicopter in critical condition. The driver of the Ford Fusion, Breanna Gamaldi, 26, of Bohemia, was transported to Southside Hospital in Bay Shore via Community Ambulance of Sayville with serious but non-life-threatening injuries.

Barbella, of Bohemia, was charged with DWI with additional charges pending. He was issued a Field Appearance Ticket at the hospital for arraignment at a later date.

The investigation is continuing. Investigators ask anyone who may have information regarding this incident to contact Fifth Squad detectives at 631-854-8552.