First of this chain restaurant in Nassau County joining another in Centereach. 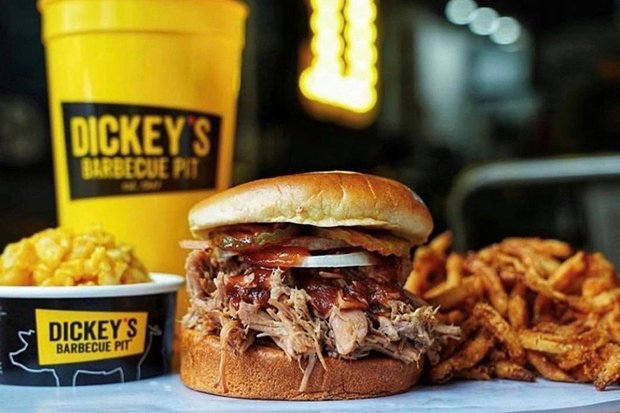 Founded in Dallas back in 1941 with one restaurant, the chain grew over the decades becoming a nationwide franchise by 1994.

The menu is packed with everything you might want in a barbecue joint serving sandwiches like their spicy chicken sandwich made of sliced smoked marinated chicken breast on tillamook cheddar cheese, topped with jalapeños and spicy barbecue sauce ($8), pit smoked wings ($7.50 for a 6 piece), and fall off the bone ribs ($16 for 6 ribs).

Of course they have a huge selection of barbecue meat plates with choice of pulled pork, beef brisket, chicken breast, kielbasa, turkey, and burnt ends (starting at $12 for 1-meat plates).

Matt A, from Syosset, had become a fan after visiting the Brooklyn location and was excited that one was opening up in his area.

“I made it on the first day and it was even better than I remembered,” he wrote on Yelp. “Everything was awesome."