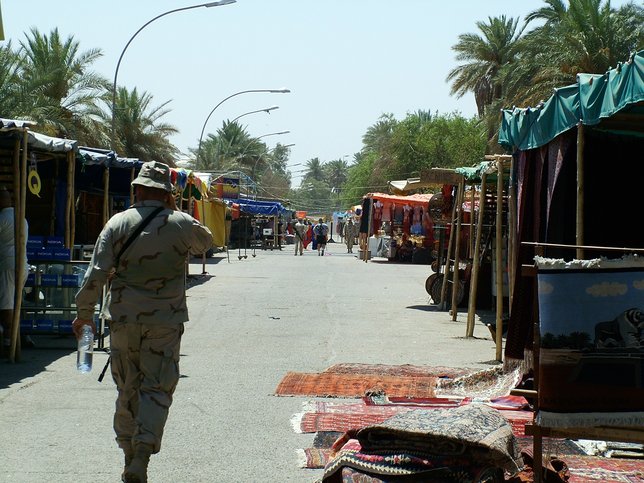 A series of five car bombs erupted in Iraq, killing over thirty people. Sectarian and ethnic tensions remain high with elections on the horizon in April. Apparent footage from the scene showed dozens of vehicles destroyed by the ensuing explosions, in a kind of “ripple effect.” Many are concerned that with the withdrawal of U. S. troops from the area in 2011, the Shiite areas affected by the car bombs will plunge into chaos, similar to the region in 2005-2006.

"I was shopping when I heard the first explosion. I was scared and tried to reach my car to run away but before I got in the second explosion went off," pedestrian Habib al-Murshidi told authorities. "I saw many people, women and old men lying on the ground which was covered with blood and scattered fruit and vegetables."

Nouri al-Maliki, the current Prime Minister of Iraq (and Shiite) has been under political pressure and scrutiny from rival factions. Sunni Muslims have taken to protesting al Maliki, while Kurds have been battling him politically. Though violence has dropped in Iraq, there are insurgents who carry out attacks almost on a daily basis, utilizing car bombs and other IEDs (improvised explosive devices).

“I believe that with this fertile atmosphere there will be more attacks ahead of the provincial elections,” said Hadi Jalo, an analyst at the Baghdad-based Political Decision Center for Strategic Studies. Jalo maintains that the violence has been carried out by al-Qaeda holdouts set on exploiting the Sunni outrage.