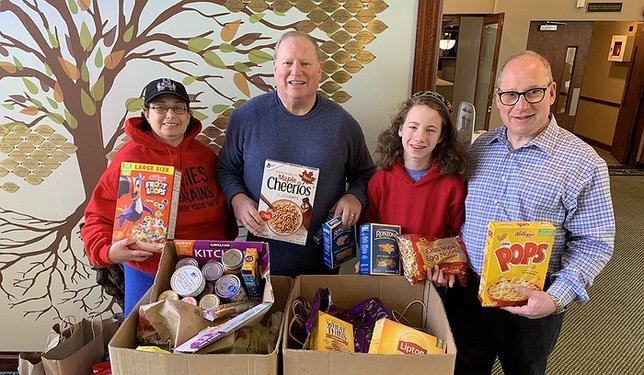 Plainview, NY - February 7, 2019 - Nassau County Legislator Arnold W. Drucker (D - Plainview) congratulated Yoni Conn for dedicating his Bar Mitzvah project to supporting hunger relief efforts on Long Island.
Yoni partnered with Legislator Drucker’s office and Long Island Cares - The Harry Chapin Food Bank for a food drive hosted by the Plainview Jewish Center - where his father, Steve Conn, is the congregation’s Rabbi - on Saturday, Jan. 26. In recent weeks, Long Island Cares has played a key role in supporting residents who were furloughed or worked without pay for 35 days as a result of the longest federal government shutdown in American history.
“The shutdown may have ended for the time being, but food insecurity has not,” Legislator Drucker said. “I thank the Plainview Jewish Center and its congregants for supporting this food drive and joining Yoni in his efforts to assist Long Island Cares in their ongoing efforts.”