Three people are believed to have stolen $53,000 worth of bronze vases from the Pinelawn Cemetary. 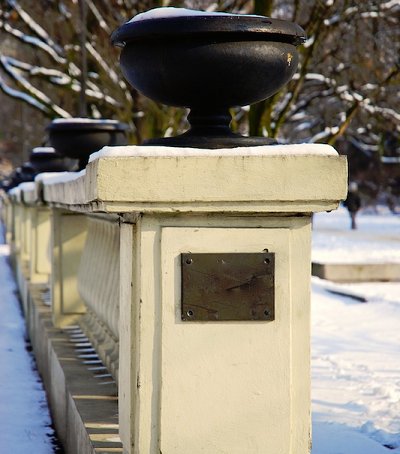 Three people were arrested for stealing bronze vases from the Pinelawn Cemetery in Farmingdale yesterday, February 6.

Officers responded to a report of a theft in progress just after noontime on Thursday when they found a white 2010 Volkswagen Beetle that had previously been seen during a prior larceny at the same graveyard. The driver tried to flee through a locked metal gate and a chase ensued, but the police were able to stop the car and apprehend its occupants at the intersection of North Pine Drive and North Linden Street in Massapequa.

Upon further investigation, detectives discovered that the three suspected robbers—driver Nicholas Giambalvo, 27, car-owner Elizabeth Dono, 27, and passenger Max Schneider, 24—were responsible for numerous thefts over the past several months. The trio allegedly robbed bronze vases from Pinelawn Cemetery on October 1 and 16, 2013 and on February 5 and 6, 2014, collecting a total of $53,000 worth of vases between the four robberies.

Giambalvo and Dono are also believed to have robbed a vacant home in North Babylon this past December, where they stole copper piping.

Schneider, also of Dix Hills, was charged with two counts of Grand Larceny in the 3rd Degree and Resisting Arrest.

Dono, of North Babylon, was charged with Grand Larceny and Burglary in the 3rd Degree.

An investigation is ongoing, and police are asking that anyone who witnessed the grave robberies or who might have other pertinent information contact them at 631-854-8152 or 1-800-220-TIPS. All three suspects will be arraigned at the First District Court in Central Islip today, February 7.