Icy conditions have made travel difficult and knocked out the power for many Long Islanders. 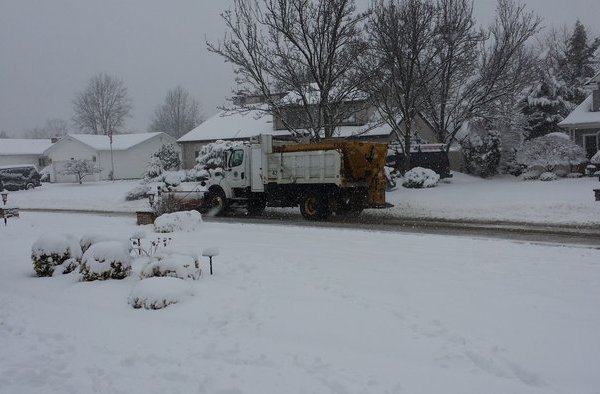 Governor Cuomo declared a State of Emergency for the entirety of New York late Wednesday morning. Under the State of Emergency, regulations which would normally impede the flow of supplies to individual localities and put limits on how long truck drivers can work are waived, allowing critical resources and man power to be used to their fullest extent.

“This is a significant winter storm impacting all regions of the state and we are taking all necessary steps to keep New Yorkers safe,” the governor said. “I have declared a state of emergency for all counties so that we can continue our effective and quick response in communities that have been hit the hardest. New Yorkers in affected regions should stay off the roads, check on their neighbors and loved ones, and stay inside their homes until the worst of the storm has passed.”

Cuomo already began last night sending 400 tons of rock salt to towns in Nassau and Suffolk Counties which have run low after the winter’s previous storms. With the State of Emergency in place, he has now moved for 3,500 tons of salt from state stockpiles to be sent to areas of Long Island and New York City.

Ice and snow have done more than just make roadways difficult and dangerous to travel, they have also knocked out the power for thousands of Long Islanders. A total of 7,245 residents have now been impacted (the majority of whom live in Nassau) according to PSEG-LI, and the company is working hard to turn the lights back on.

Throughout the storm, Cuomo and PSEG have taken to social media to try to keep the public informed as cleanup progresses.

This is another example of pattern of extreme weather. It's manageable but this will be significant challenge going forward. #WinterStorm