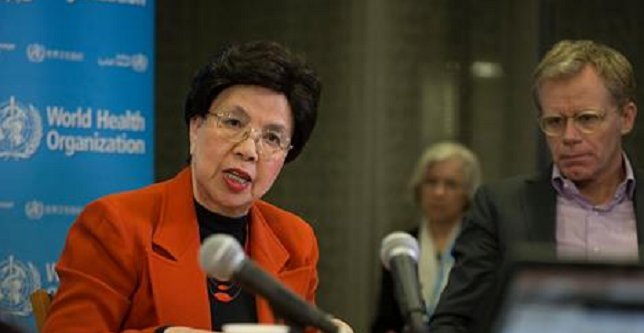 Washington, DC - January 31, 2016 - U.S. Senator Charles E. Schumer today pushed a three-point federal plan aimed at containing the Zika virus outbreak that has already affected thirty people in the United States, including at least five in New York. First, Schumer is calling on the U.S. Agency for International Development (USAID) to prioritize and increase its involvement in Zika-affected countries abroad in order to better prevent, contain and treat the virus. USAID is one of the lead government entities that works overseas to help improve global health, help societies prevent and recover from conflicts, and more. Second, Schumer is calling on the Centers for Disease Control and Prevention (CDC) and the National Institute of Health (NIH) to focus resources to expeditiously develop a vaccine and to work alongside the private sector in doing so. Currently, there is no cure, treatment or vaccine available for Zika, which can be extremely serious to pregnant women because of possible birth defects—like microcephaly--linked to the virus. Lastly, Schumer is calling on the U.S. to push the World Health Organization (WHO) to publicly declare a health emergency. The WHO’s International Health Regulations Emergency Committee on Zika virus is convening in Geneva on February 1st and therefore, Schumer is urging the U.S. to push the committee to officially declare a Public Health Emergency of International Concern. Schumer today said that this plan, along with the WHO designation, would help better fight this virus abroad before it spreads further and more cases are brought to the United States.

“With at least five Zika cases already in New York, the feds must pull out all the stops to vanquish this dangerous virus as soon as possible,” said Schumer.  “The feds should deploy all possible resources to prevent, contain and treat Zika virus abroad; expeditiously develop either a cure or medication to treat Zika virus; and declare a public health emergency. Together, this three point plan will help to beat back the Zika virus globally before future individuals, including pregnant women, are affected.”

According to the CDC, there has been one report of possible spread of the virus through blood transfusion and one report of possible spread of the virus through sexual contact. Common symptoms include fever, rash, joint pain and conjunctivitis, however, the virus may cause more serious risks to those who are pregnant. It is possible that Zika virus could be passed from mother to fetus during pregnancy. The virus has been linked to birth defects, including microcephaly, a rare condition in which the baby’s head is abnormally small and can have brain damage. Microcephaly may not be detected until the end of the second trimester. According to media reports, approximately 4,000 infants in Brazil have been born with microcephaly since last spring. There is currently no treatment or vaccine available for Zika.

In May, the Pan American Health Organization issued an alert regarding the first confirmed Zika virus infection in Brazil. So far, approximately 1.5 million people have contracted the virus in Brazil. Zika virus has spread to more than two dozen countries including the Dominican Republic, El Salvador, Guatemala, Honduras, Mexico, Panama, Saint Martin, Venezuela and others. Earlier this month, the CDC issued a travel warning about the risk of traveling to countries affected by the virus.

In the United States, there have been nearly three dozen reported cases involving 11 states and the District of Columbia. In New York, there have been at least five confirmed cases including a pregnant woman. The New York cases include two people from New York City, one from Nassau County, one from Orange County and one from Monroe County. There has been one locally transmitted case in Puerto Rico.

According to the CDC, the imported cases could result in local spread of the virus in the United States. The World Health Organization has said that the disease is “spreading explosively” in the Americas and estimates that up to four million people across the Americas could become infected with the virus over the next year.

USAID is the lead U.S. government agency that works to end extreme global poverty and enable resilient, democratic societies to realize their potential. Specifically, USAID provides assistance to more than 100 countries, including Brazil, where the Zika virus has grown most prevalent. USAID has programs dedicated to ensure that the U.S. is safe from infectious disease threats and works with other nations to ensure that preventable epidemics are avoided, that any disease threat is caught early, and that the response to an existing disease threat is both quick and effective. Schumer said that prioritizing these activities to address Zika would help ensure that U.S. citizens and others traveling abroad are not exposed to this illness. As part of his three-point federal plan, Schumer is urging USAID to prioritize the Zika virus abroad and help to eradicate the virus before it spreads further. In addition, Schumer is urging USAID direct provide resources to aid in the prevention and treatment of Zika.

Second, Schumer is calling on the CDC and NIH to move full speed ahead on developing a vaccine to treat the Zika virus or to prevent the disease altogether. Right now there is no vaccine or medicine available. On January 22, the National Institute of Allergy and Infectious Diseases (NIAID) issued a notice to highlight high-priority Zika virus research, including the development of drugs against the virus. Schumer said that the feds should make sure researchers and scientists have the resources necessary to expeditiously develop these drugs.

The World Health Organization (WHO) is a specialized agency as part of the United Nations dedicated to international public health. On February 1st, WHO Director General Margaret Chan will convene an International Health Regulations Emergency Committee on Zika virus as well as the “observed increase in neurological disorders and neonatal malformations” associated with the virus. The Committee will convene in Geneva to discuss whether the outbreak is a Public Health Emergency of International Concern. According to WHO, a Public Health Emergency of International Concern is defined as “an extraordinary event which is determined, as provided in these Regulations: to constitute a public health risk to other States through the international spread of disease; and to potentially require a coordinated international response.”  Schumer noted that WHO has already suggested that the disease is “spreading explosively” and therefore, the Senator is urging the U.S. to push the WHO to publicly declare this outbreak a health emergency.