The northern cricket frog will be protected and populations restored in New York State under the final management plan for the amphibian released today, DEC Commissioner Joe Martens announced. 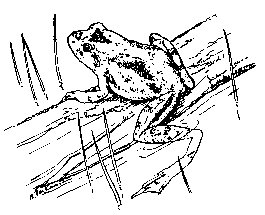 "The northern cricket frog is an important amphibian component of wetland ecosystems in southeastern New York," DEC Commissioner Martens said. "Conservation of the northern cricket frog and its habitat is important to conserving New York's biodiversity and unique character. Recommendations in the plan will stabilize and improve the distribution and abundance of this rare amphibian and ultimately increase its population.

DEC biologists will now develop specific steps to implement the recovery plan, beginning with research to quantify the upland habitat requirements of the frog.