DOH identified 38 regulated drinking water systems to test. PFOA and/or PFOS was not detected in the majority of samples collected from the public water supplies 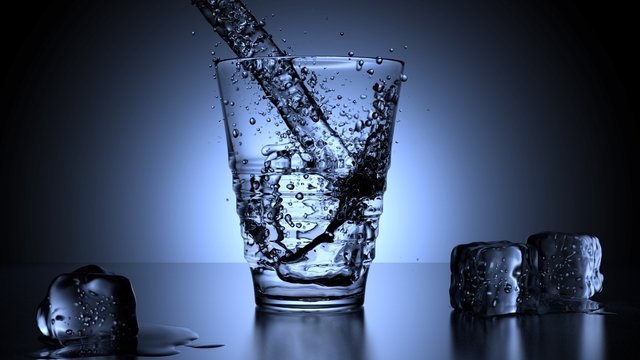 Photo by: Rebepoi, via Free Images.

In an effort to identify potentially impacted water supplies, the Water Quality Rapid Response Team used data generated by DEC’s ongoing survey of select fire departments and training sites, airports and military installations, and industrial and chemical bulk storage facilities that may have used or stored PFOA or PFOS.  DEC and DOH mapped more than 250 responding facilities to identify regulated drinking water systems within a half mile radius of any facility that reported usage of PFOA or PFOS containing materials such as firefighting foam.

PFOA and/or PFOS was not detected in the majority of samples collected from the public water supplies—and the positive detections in potable drinking water were all well below the U.S. Environmental Protection Agency (EPA) health advisory level of 70 parts per trillion (ppt) for PFOA and PFOS combined. In fact, the low levels detected would have been reported as non-detect if this testing were done under EPA's “Unregulated Contaminant Monitoring Rule."

One well that was not being used as a source of water for drinking or cooking at the Sullivan County International Airport tested above the EPA health advisory level for PFOA and PFOS.  It was being used for maintenance intermittently at the time of sampling.  The use of this well for any purpose has been discontinued, while confirmatory sampling is conducted and the potential source is identified.

DOH will continue to work with county health departments and water operators to conduct confirmatory sampling and monitoring to ensure that drinking water from these supplies remains below the EPA health advisory level and acceptable for all uses. DOH will also work with the water systems to evaluate their current operations and to develop an enhanced monitoring program, as necessary, to ensure levels do not exceed the health advisory level and will continue to sample private wells in areas of concern. Concurrently, DEC will investigate the source of contamination and take actions to hold any polluters accountable.

“New York State is making a major investment in water protection to ensure we are confronting the threats posed to the environment and public health by aging water infrastructure and unregulated contaminants,” said DEC Commissioner Basil Seggos. “We will continue our proactive actions and aggressive investigation of potential sites of perfluorinated chemical contamination to hold polluters accountable for their actions. The state is committed to ensuring all New Yorkers have clean drinking water.”

“The Water Quality Rapid Response Team continues to move ahead to pinpoint areas of concern for potential contaminants, and let polluters know their actions will not be tolerated in this state,” said Commissioner of Health Dr. Howard Zucker. “These actions are keeping New York a step ahead of this emerging challenge and ensuring all communities have access to the clean drinking water they deserve.”

Continued Testing and Investigation
As part of the Executive Budget, Governor Cuomo is proposing legislation to mandate the testing of regulated drinking water systems for unregulated contaminants, including PFOA and PFOS. Under the EPA Unregulated Contaminant Monitoring Rule, public water supplies that serve less than 10,000 people are not required to test for any unregulated contaminants, leaving some 2.5 million New Yorkers on untested systems. Through the Governor’s proposal, water systems would begin testing for PFOA and PFOS this year, and small community water supplies will be eligible to receive financial hardship funding.

DEC continues to survey and investigate potential facilities that previously used PFOA and PFOS and the Water Quality Rapid Response Team continues to conduct sampling and testing at targeted sites across the state to ensure water quality for all New Yorkers. DEC’s surveys have focused on obtaining baseline information on use and storage of perfluorinated compounds, and does not mean that a surveyed facility is contaminated. In addition, proximity to a surveyed facility does not mean a water supply is contaminated. DOH and DEC are using this data to guide additional on-the-ground assessments.

Additional Actions to Protect Water Systems
DEC also announced that it is finalizing the emergency regulations classifying PFOA and PFOS as hazardous substances. In January 2016, New York became the first state in the nation to regulate PFOA followed by the regulation of PFOS in April 2016.  This required the proper storage of the substances and limited releases to the environment, and enabled the state to use its legal authority and resources of the state Superfund program to advance investigations and cleanups of impacted sites. The state conducted extensive public comments and hearings to finalize these regulations, which will take effect 30 days after they are filed in the state register. By finalizing the regulations, the state has solidified its authority to hold polluters accountable whenever PFOA and PFOS contamination is found.

Earlier this month, Governor Cuomo announced the Clean Water Infrastructure Act of 2017 to invest a record $2 billion in critical water infrastructure across New York State. This historic investment in drinking water and wastewater infrastructure, and source water protection actions will enhance community health and wellness, safeguard our most important water resources, and create jobs. Funding for projects will prioritize regional and watershed level solutions, and incentivize consolidation and sharing of water and wastewater services.

In an effort to assist municipalities and fire departments, the Governor’s Executive Budget proposes using $500,000 from the Environmental Protection Fund for the disposal of PFOS-containing firefighting foam. In addition, through a partnership with the Pollution Prevention Institute (P2I), the Team is expanding research into firefighting foam and its potential impact on the environment.