It's the time of year to declare your New Year's resolutions! 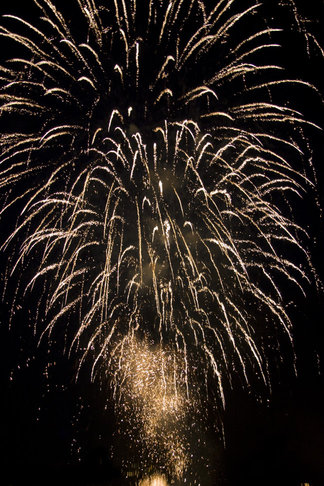 It is that time of year again.  We start off  the new year singing "Auld Lang Syne."  One of my all time favorite movies, "When Harry Met Sally" has clever dialogue about the song.  Harry: What does this song mean? My whole life, I don't know what this song means. I mean, 'Should old acquaintance be forgot'? Does that mean that we should forget old acquaintances, or does it mean if we happened to forget them, we should remember them, which is not possible because we already forgot?  Sally: Well, maybe it just means that we should remember that we forgot them or something. Anyway, it's about old friends.

Making New Year's Resolutions are also quite popular at the stroke of midnight.  Some will last until the next New Year's Eve while others don't make it a day into the new year.  Some interesting statistics... A 2007 study by Richard Wisemen from the University of Bristol involving 3,000 people showed that 88% of those who set New Year resolutions fail, despite the fact that 52% of the study's participants were confident of success at the beginning. Men achieved their goal 22% more often when they engaged in goal setting, (a system where small measurable goals are being set; such as, a pound a week, instead of saying "lose weight"), while women succeeded 10% more when they made their goals public and got support from their friends.

Here are the 10 most popular New Year's Resolutions:

Good luck with your 2013 resolutions.  Let us know what your's are on Long Island.com Forum.