A Holtsville man shot in the shoulder by a Suffolk County police officer who was dragged by the suspect’s car during a traffic stop in Patchogue pleaded not guilty. 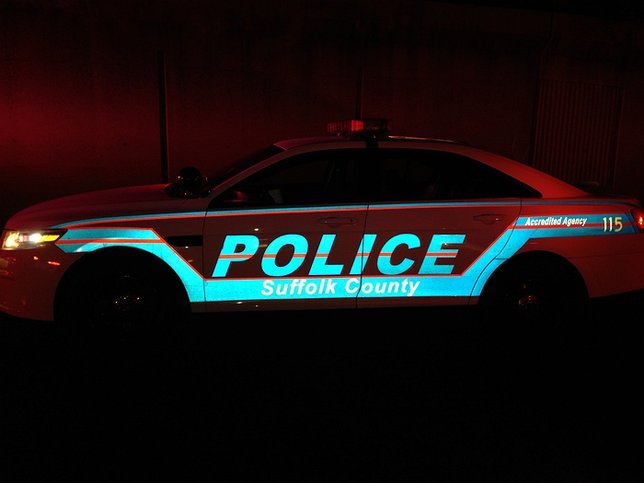 Patchogue, NY - January 27, 2017 - A Holtsville man shot in the shoulder by a Suffolk County police officer who was dragged by the suspect’s car during a traffic stop in Patchogue pleaded not guilty to a 13-count indictment today at his arraignment in Riverhead, Suffolk County District Attorney Thomas Spota said.

The indictment charges Michael Shear with assault in the second degree, aggravated DWI, resisting arrest, unlawful fleeing from a police officer in the third degree, aggravated unlicensed operation of a motor vehicle in the first degree as a felony, reckless endangerment in the second degree, speeding, driving on the shoulder of the road and failure to use due care for an emergency vehicle.

Shear has two previous DWI convictions on his record and one conviction for driving while impaired.  His license has been revoked four times: in 2004, two in 2005 and one in 2008.

Assistant District Attorney Glenn Kurtzrock said Shear was pulled over by a Suffolk Highway Patrol Officer around 2:40 on the morning of January 15.  During the stop, Shear exhibited multiple signs of intoxication prompting the officer to ask Shear to exit his vehicle. It was at that point, ADA Kurtzrock said, that Shear refused to get out of his car and began to drive away.

“When the officer attempted to stop him, the defendant dragged the police officer approximately 35 to 40 feet and nearly ran him over.  The defendant then drove off at a high rate of speed,” ADA Kurtzrock explained. The officer suffered injuries including a torn labrum in his shoulder and a herniated disc in his neck.

During the police pursuit that ensued, Kurtzrock said Shear drove at least 80 mph in a 45 mph zone while pursued by multiple police cars with lights and sirens on.  Shear stopped his car after traveling approximately 3 ½ miles when Shear began to lose control of his vehicle.

“During the course of the arrest,” ADA Kurtzrock said, “he refused to obey the officer's commands and he was shot once in the left shoulder, requiring his hospitalization after which he cleared for release to the county jail.”

The top count in the indictment, assault in the second degree, is a class “D” violent felony. As a prior felony offender, Shear faces a minimum of 3 years and a maximum of 7 years in state prison if convicted of the charge.

A criminal charge is an accusation. A defendant is presumed innocent until and unless proven guilty in a court of law.