The Missing Persons Squad is investigating two missing juveniles: one from Westbury and the other from Hempstead. 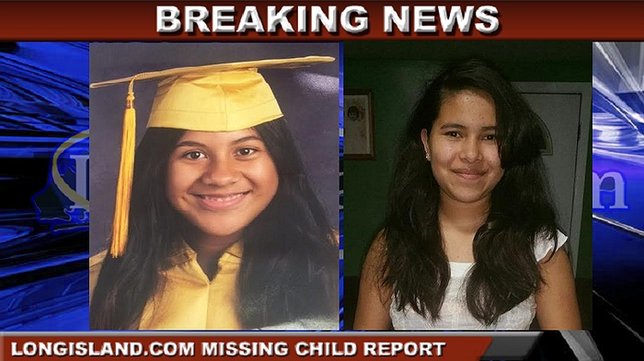 Two cases of 13-year-old girls missing. Pictured on the left is Jixy Turcios of Westbury and on the right is Teresa Galdamez of Hempstead. Anyone with information on the whereabouts of either girls are asked to call 516-573-7347 or call 911.

The original alerts are below.

In one of the cases, a missing juvenile occurred in Westbury on Tuesday, 07/12/16 at 7:30 P.M. According to detectives, Jixy Turcios, female white Hispanic, 13, was last seen leaving her residence in Westbury.

In another case, a missing juvenile occurred in Hempstead on Tuesday, 07/12/16 at 7:35 P.M. According to detectives, Teresa Galdamez, 13, was last seen leaving her residence in Hempstead.  She is described as a female white Hispanic, wearing pink shorts, pink shirt, black high top sneakers and carrying a black backpack.

Detectives request anyone with information regarding the above listed missing juvenile to contact the Missing Persons Squad at 516-573-7347 or call 911.  All callers will remain anonymous.