Though clinical testing is still required, Stanford researchers may be developed a gene therapy alternative for the HAART medical cocktail HIV and AIDS patients take to prevent their disease from escalating. 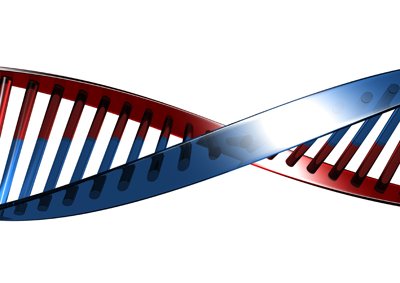 Stanford University researchers have created immune cells that are resistant to the HIV virus that ultimately causes AIDS through a form of gene therapy.  The study is published in the journal Molecular Therapy.

Researchers at the Stanford University School of Medicine used “a kind of molecular scissors” to insert a series of HIV-resistant genes into T-cells, which are targeted by the AIDS virus.  The resistant genes were used to replace the ones that the virus attacks in order to invade the cell, which prevented the virus from entering the cell and impacting the immune system.
“We inactivated one of the receptors that HIV uses to gain entry and added new genes to protect against HIV, so we have multiple layers of protection — what we call stacking,” Michael Porteus, the study’s principal investigator, said. “We can use this strategy to make cells that are resistant to both major types of HIV.”
This form of treatment could replace the cocktail of drug treatments, known as HAART, that HIV and AIDS patients must take to prevent the virus from escalating.  Stanford researchers hope this version of gene therapy would have the same effect of keeping the virus from causing potentially fatal infections, though clinical trials are still needed to be sure that the genetic manipulation will mimic the HAART treatment.
Sara Sawyer, an assistant professor of molecular genetics and microbiology at the University of Texas-Austin, said the gene therapy would not cure the viral infection, but the protected T cells would protect the immune system to prevent AIDS from developing in HIV patients.
Another series of clinical testing taking place at the University of Pennsylvania is focusing on a surface protein to which the HIV virus latches onto in order to invade a T cell.  Researchers at Sangamo BioSciences have modified the CCR5-receptor gene to be resistant to HIV.  Some people are born with a mutation that makes them naturally resistant, and there has even been a case of an HIV patient being cured through a bone marrow transplant from a resistant donor.  This therapy method is currently in its first and second testing phases with AIDS patients.
“I’m very excited about what’s happened already,” Porteus said. “This is a significant improvement in that first-generation application.”
According to the New York City Department of Health and Mental Hygiene, the city is the epicenter of AIDS in the U.S.  The city’s AIDS rate is three times higher than that of the rest of the country, and is the third leading cause of death for New Yorkers aged 35 to 54.
Both the city’s DOHMH and LIAAC, Long Island’s largest AIDS service provider, offer free HIV testing and other services for those suffering from the disease.
Share your thoughts on this article by posting a comment below.