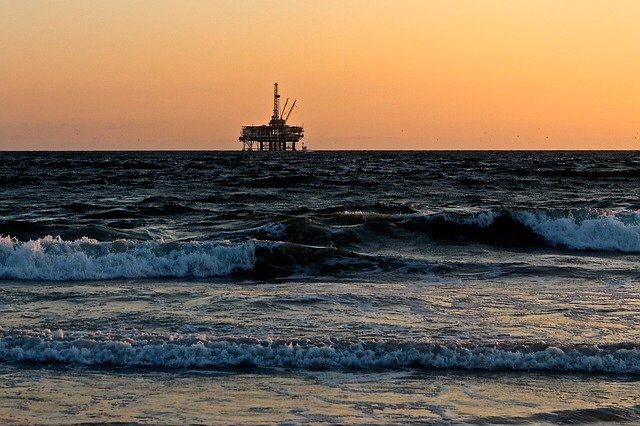 Suffolk County, NY - January 23, 2017 - Suffolk County Legislature Presiding Officer DuWayne Gregory ihas issued the following statement on the Department of Interior’s Draft Proposed Plan to permit offshore drilling, including off of the shores of Long Island:
As Presiding Officer of the Suffolk County Legislature, I am deeply concernedregarding the Department of Interior’s Draft Proposed Plan to permit offshore drilling leases along the Atlantic Coast and other protected areas of the outer continental shelf despite mounting opposition from states, coastal residents, environmental groups and businesses, and individuals whose livelihoods will be jeopardized.
The National Outer Continental Shelf Oil and Gas Leasing Program would be devastating to Long Island’s Coastal communities by damaging marine life and precious natural resources, increasing the chances for a catastrophic spill and threatening pristine coastal areas.
In addition, the environmental impact of offshore drilling for New York State and the ecologically significant coastline of Long Island, where water quality drives not only the fishing and boating industry but a large part of the tourism and recreational sectors, can potentially damage the economy for years to come.
Healthy oceans contribute to a healthy economy. Tourism on Long Island is a $5.6 billion industry that supports close to 100,000 jobs and accounts for 54% of traveler spending according to a 2016 report prepared by Tourism Economics; an increase of 3% from 2015 to 2016.  Tourism on Long Island generated $1.8 billion in direct labor income and 6.1 % of all employment on Long Island is driven by tourism.
Suffolk County alone produced 54.7% of the region’s tourism base generating $700 million in state and local taxes.
The prospect of 47 lease sales on both coasts, the Gulf of Mexico and Alaska combined with the relaxation of safety measures designed to prevent catastrophic spills like the Deepwater Horizon one in 2010, signals a lack of concern for the environment that has the potential to alter the future for years to come.
United States Senators Chris Van Hollen (D-Md.) and Ben Cardin (D-Md.) joined Senator Bob Menendez (D-N.J.) and 13 Senate co-sponsors to introduce the Clean Ocean and Safe Tourism (COAST) Anti-Drilling Act which would ban offshore oil and gas drilling in the Atlantic Ocean saying it is commonsense, anti-pollution legislation that would prevent short and long-term marine and coastal damages and protect and preserve shore economies.
Several Governors, including New York Governor Andrew Cuomo, have requested exemptions from this ill-conceived proposal, especially in light of the Interior Department’s granting Florida an exemption.
As Presiding Officer of the Suffolk County Legislature, I am committed to fighting to prevent offshore drilling and to protecting our residents, our coastline and our economy from this environmentally destructive plan that has the potential to cause irreparable damage to Long Island’s coastal resources.
Presiding Officer DuWayne Gregory
Suffolk County Legislature