Get Out And Play! Snow Fun-Filled Activities For the Whole Family

With the second big snow of 2014 on Long Island, get outside and play in the snow for a family fun-filled day! 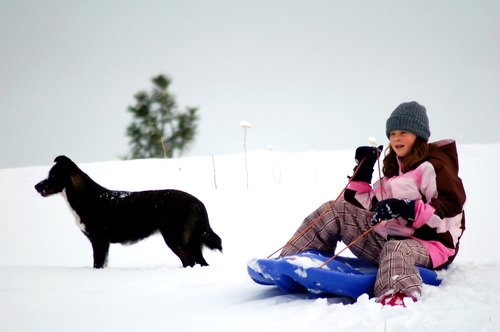 With a thick coat of snow covering the ground, the sound of children cheering can already be heard. Here on Long Island, it's practically a rite of passage to keep your fingers crossed and wish for an extra day off to play in the snow! With the second big snow of 2014 hitting Long Island, how can it not be enchanting? Of course, being stuck inside all day because of the snow can sure get the best of you and your kids.

Many local roads are still icy, snowy, and slick, making a driving dangerous endevor. Rather than hibernating in your home all day and sitting in front of the TV or playing video games, get outdoors and enjoy the snow with the whole family! Here on Long Island, we only get to enjoy snow for one short season a year, and even then, it’s not always a “good” snow year - so why not make the most of it now! While many folks may be wishing for the warmer weather, the winter season can be one of the best times to enjoy the chilly outdoors. Shoveling the snow isn’t always fun, but there’s always time to enjoy the snow after!

We’ve put together some fun-filled things to do with the kids - outdoors! So get your snow boots, scarf, hat, gloves, and winter coat on to get outside and play in the snow! Cure that cabin fever with these ideas that sure will get you and your kids to enjoy that white stuff in your own backyard!

As much as the snow can be fun, it’s important to remember to take several saftey measures while we are in this winter wonderland. Have tons of fun, but be sure to stay warm - getting bundled up can be half the fun!

Did you build your own snowman or snow angel today?
Email us at photos@longisland.com to share your winter fun snapshots!

Have other fun ideas for some fun in the snow? Let us know by commenting below!