Victories at Home and Abroad

The Knicks traveled to London in a short week, while the Nets played Atlanta twice in three days. 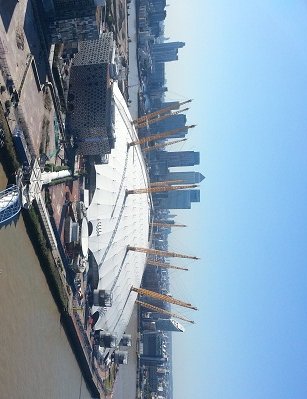 The Knicks had a short week, playing only two games with a four day break before their next, but not an uneventful one. As part of the NBA’s overseas promotions the team traveled across the pond to London, where Carmelo Anthony put on a historic show en route to a gold medal at the Olympics this past summer.

It was only the third regular season game ever played in England, but it was not a terribly competitive one as New York faced off against the Pistons. The Knicks got off to a double digit lead, beating Detroit 29-17 in the first quarter, as Anthony dropped 18 in the first half. Detroit did manage to make the game interesting for a moment in the third when a 16-2 run brought the differential within 4 points; however, they were shut out for the rest of the period and entered the fourth trailing 75-63. The spread grew slightly from there, with the Knicks winning 102-87.

Anthony ended his day at the O2 Arena with 26 points, while JR Smith had 16, Steve Novak was good for 13, and Tyson Chandler had another double-double (10 points, 14 rebounds). Amar’e Stoudemire put on his best show of the season with 17 points in 20 minutes of play.

Now 25-13, the Knicks return to Madison Square Garden on Monday, where they will host the Nets for the final time this year at 3:30 PM.

Nets Win and Lose to Hawks

While their crosstown rivals played only two games this week, Brooklyn met the same team twice within three days. They ventured first to the Philips Arena where the Hawks flew circles around them all night.

Jumping out to a 13-4 lead in just the first four minutes, Atlanta went up 27-20 in the first period and 56-40 by halftime, maintaining a double digit differential for most of the game. The Nets fell 109-95, which was about as close as the game got during the second half. Though Brooklyn had 5 players score in the double digits—chief among them, Brook Lopez’s 22—they could do little to stem the tide against an Atlanta team which outplayed them the entire night.

With a humiliating defeat much fresher in their minds than normal for a meeting between two NBA teams, the Nets stepped up to the challenge when the Hawks came to Brooklyn last night. The game was tight; in fact, it was even tied at the end of each of the first three quarters as both teams scored 29, 20, and 25 respectively.

A strong defense put the game away for Brooklyn as they held Atlanta to only 15 points in the fourth period, winning 94-89. Deron Williams led the team in scoring with 24, while Lopez had 20 and Joe Johnson sunk 18. Reggie Evans, who scored only 2, had 20 rebounds on the night.

Coupled with two wins earlier in the week, the Nets now stand at 24-16. They will try to even the season series against the Knicks on Monday.