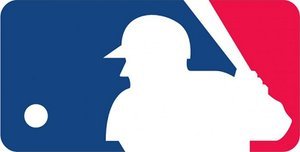 Major League Baseball rarely makes drastic changes but yesterday, in a unanimous decision, all 30 clubs approved of the expansion of instant replay. The Major League Baseball Players Association and the World Umpires Association have also consented to the changes made to instant replay.
"I am very pleased that instant replay will expand to include additional impactful plays," Baseball Commissioner Bud Selig said. "The new system will give managers valuable recourse in potentially game-changing situations. The opportunity for our fans to see more replays in our ballparks is also an important modification that the Clubs and I favored.”
The new system, essentially approved by all, can be initiated by club managers. Before a play can be reviewed, managers must tell umpires what specific part of the play will be reviewed. They will have one challenge to use per game. If that challenge is overturned, then the manager will be able to retain a challenge just as in the NFL. No more than two can be called by a manager in a game.
Crew Chiefs may also choose to review calls. Home runs and calls along foul lines will still undergo the same measures of review as last season.
All challenges will be reviewed in the MLB’s Replay Command Center in New York. The game’s umpires will be in contact with the center during their review via a hard-wired headseat. The command center has the power to overturn a call based on any clear and convincing evidence. On-Field personnel may not argue their decisions as all decisions are final.
The plays subject to review are home runs, ground rule doubles, fan interference, stadium boundary calls, force plays, tag plays, fair/foul calls, trap plays, batter hit by pitches, timing plays, touching a base, passing runners, and record keeping such as balls, strikes, outs, scores, and substitutions.
This week Major League Baseball has been busy between dealing with instant replay and Alex Rodriguez. Over the weekend Alex Rodriguez was handed a suspension which costs him the entire 2014 season. The player’s union and A-Rod’s defense team strongly disagree with the decision and have called it a “witch hunt” led by commissioner Selig.
A-Rod has since fired back against the MLB on his Facebook Page.
"I have been clear that I did not use performance enhancing substances as alleged in the notice of discipline, or violate the Basic Agreement or the Joint Drug Agreement in any manner, and in order to prove it I will take this fight to federal court,” Rodriguez says. “I am confident that when a Federal Judge reviews the entirety of the record, the hearsay testimony of a criminal whose own records demonstrate that he dealt drugs to minors, and the lack of credible evidence put forth by MLB, that the judge will find that the panel blatantly disregarded the law and facts, and will overturn the suspension."
This is the longest suspension thus far in the game’s post millennial war on drugs. Major League Baseball’s chief arbitrator, Fredric Horowitz, announced A-Rod will not be allowed back until the 2015 season.
[Source: MLB, Alex Rodriguez's Official Facebook Page]