Cuomo: "How is it that we have a system in which punishment is imposed before one is found guilty?" 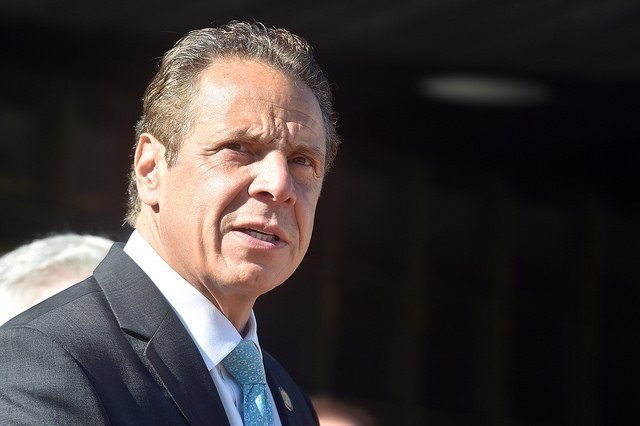 Albany, NY - January 16, 2017 - The New York Times published an op-ed by Governor Andrew M. Cuomo today on New York's commitment to bringing real fairness to the state's criminal justice system through a progressive, comprehensive multi-pronged plan.
The text of the op-ed is available below and can be viewed online here.
The fundamental tenet of criminal law in the United States is that all those accused of a crime in this country are presumed innocent unless proved guilty beyond a reasonable doubt. That fundamental principle is not limited to American law; it was also part of Roman law, Islamic law and English common law. This bedrock safeguard has been ratified on more than one occasion by the Supreme Court and is codified in the United Nations Universal Declaration of Human Rights.
And yet, despite the centrality of this protection, in New York City jails, where 86 percent of the population is black or Hispanic, 75 percent of inmates have not been convicted of a crime. They are simply incarcerated awaiting trial.
A similar story exists in jails across the state, where 60 percent of the incarcerated are being detained pretrial.
How is this possible? How is it that we have a system in which punishment is imposed before one is found guilty?
It begins with the inadequacies of our bail system.
Most people who are arrested in New York are released on their own recognizance. But others, including many who are charged with nonviolent crimes, are required to obtain bail to avoid pretrial detention. The problem is that many people lack the cash to make bail.
As a result, our jails are filled with people who have yet to be proved guilty of any crime, and the system today has devolved into one with two tiers: If you can make bail, you are set free; if you are too poor to make bail, you are punished.
This would be shameful enough if the interval between the bail proceeding and trial were a short one. Instead, the length of time between arraignment and trial can stretch into months and even years. The Sixth Amendment of the Constitution guarantees defendants a "speedy" trial, but no one can look at the operations of our court system and conclude that speediness is anyone's priority.
Take the tragic case of Kalief Browder, a 16-year-old African-American with no criminal record who was arrested in 2010 for allegedly stealing a backpack and spent three years at Rikers Island waiting for his day in court. Ultimately charges were dismissed, but the damage was done; his abuse while jailed was so traumatic that Mr. Browder determined taking his life was the only way to stop his continuing pain.
One such incident is intolerable, and it opened our eyes to the urgent need for real reform because we simply cannot risk another. A criminal justice system that ignores its cornerstone principle to the detriment of anyone — whether they are white, black, Latino, rich or poor — delegitimizes it. And we cannot allow this to persist.
This year, I am sending a bill to the State Legislature that will close the gap between what our criminal justice system says and what it does.
The bill will reform our bail system so that anyone facing misdemeanor or nonviolent felony charges should be released without bail. Those who pose a current danger to a person or persons or pose a risk of flight can still be held in detention, with due process, but no longer will people go to jail for the crime of being poor.
In addition to bail reform, we also need discovery reform. New York is one of only 10 states where prosecutors are not required to share with a defendant's lawyers basic evidence, including police reports and witness statements, until just before the trial. Expanding discovery will ensure that attorneys have the tools necessary to adequately represent their clients.
We will also propose changing procedures and scheduling to move cases faster so that we no longer have people sitting in jail for years waiting to be heard. Backlogs often cause attorneys to request postponements and delays, frequently without the approval of their clients. We propose that any waiver to a speedy trial be put in writing and signed by the defendant.
These changes will build on the reforms enacted during my tenure as governor. Last year, we raised the age of criminal responsibility from 16 to 18, affecting thousands of young people who will have a brighter future. We passed video interrogation and photo array reforms, important changes that protect the integrity of the investigative process. We ended the Rockefeller-era drug sentencing rules that took discretion away from our judges and filled our prisons with nonviolent offenders, and we closed 24 prisons and juvenile detention centers, eliminating prison beds and reducing by more than 5,000 the number of men and women behind bars.
Perhaps most significantly, New York became the first and only state to appoint a special prosecutor to investigate, and if necessary prosecute, police-involved killings of unarmed civilians.
But some improvement is not enough. Our tolerance for any continuing injustice is repugnant to our position as a progressive government and flies in the face of the great leaders who took on the fight in the days before us.
African-Americans, the Rev. Dr. Martin Luther King Jr. once observed, "have proceeded from the premise that equality means what it says, and they have taken white Americans at their word when they talked of it as an objective." Speaking in the late 1960s, he added that most whites in America "proceed from the premise that equality is a loose expression for improvement."
This year, we bring more perfect justice to New York. Every accused is innocent until proved guilty.
We will act on our beliefs in fairness, opportunity and dignity, and continue our historic progress toward a more equal society for all.