Cobb to Speak about Black Citizenship in the Post-Obama Era 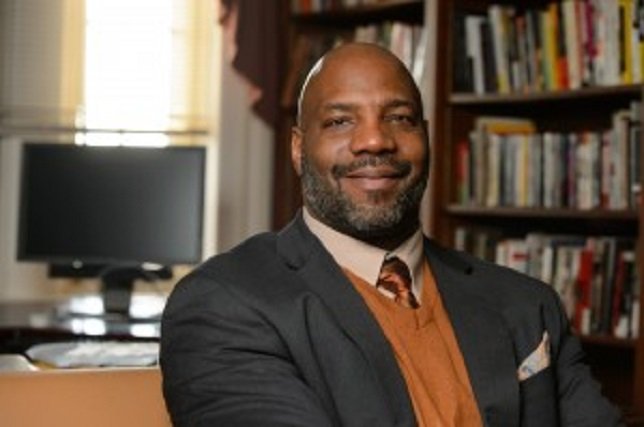 Garden City, NY - January 12, 2016 - Adelphi University is proud to announce that William Jelani Cobb, Ph.D. will deliver the John Hope Franklin Distinguished Lecture entitled The Half-Life of Freedom: Black Citizenship in the Post-Obama Era on Wednesday, February 17, 2016, at 7:00 p.m. in the Thomas Dixon Lovely Ballroom of the Ruth S. Harley University Center. This event is free and open to the public.

Cobb is an associate professor of history and director of the Africana Studies Institute at the University of Connecticut. He specializes in post-Civil War African American history, 20th century American politics and the history of the Cold War. He has received fellowships from the Fulbright and Ford Foundations. Professor Cobb is the author of The Substance of Hope: Barack Obama & the Paradox of Progress and To The Break of Dawn: A Freestyle on the Hip Hop Aesthetic, which was a finalist for the National Award for Arts Writing. He is a graduate of Howard University in Washington, D.C. and Rutgers University where he received his doctorate in American History.

Professor Cobb’s forthcoming book is titled Antidote to Revolution: African American Anticommunism and the Struggle for Civil Rights, 1931-1957. His articles and essays have appeared in The New Yorker, the Daily Beast, the Washington Post, Essence, Vibe, The Progressive, and TheRoot.com. He has contributed to a number of anthologies including In Defense of Mumia, Testimony, Mending the World and Beats, Rhymes and Life. He has also been a featured commentator on MSNBC, National Public Radio, CNN, AlJazeera, CBS News and a number of other national broadcast outlets.

For more information, please contact the Adelphi Cultural Events Hotline at 516.877.4555 or email.