Suffolk County Police today arrested a Center Moriches man for multiple charges including Driving While Intoxicated after his vehicle struck a marked police unit in Brookhaven early this morning. 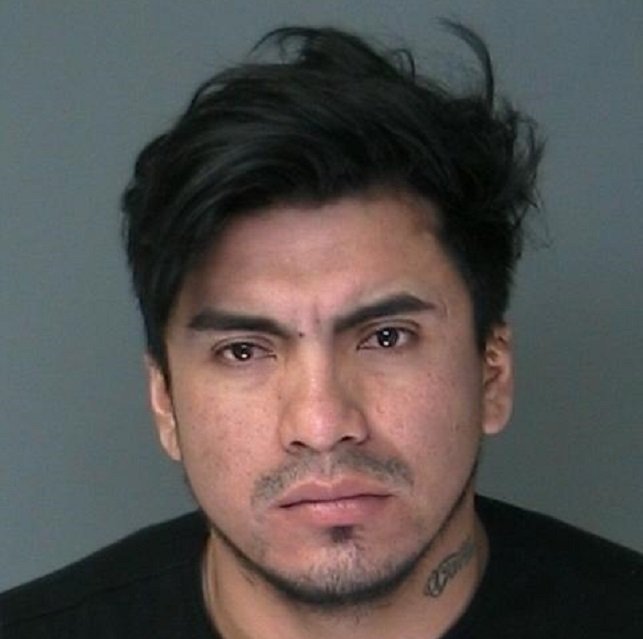 Carlos Morocho was driving a 2003 Ford van eastbound on Sunrise Highway, one mile west of William Floyd Parkway, when his vehicle rear-ended a marked police unit at approximately 3:55 a.m. The Seventh Precinct patrol officer was in the left lane assisting a disabled motorist whose vehicle was on fire. Morocho fled on foot and was apprehended a short time later by another Seventh Precinct Officer, Christopher Steimel, and placed under arrest.

The injured officer, a 9-year-veteran of the police department, was airlifted via police helicopter to Stony Brook University Hospital for treatment of non-life-threatening injuries.

Vehicular Crime Unit detectives charged Morocho, 27, of Center Moriches, with Leaving the Scene of an Incident without Reporting Causing Physical Injury, Driving While Intoxicated, Aggravated Unlicensed Operation of a Motor Vehicle 1st Degree, Operating a Motor Vehicle Without an Interlock Device, Failure to Move Over for an Emergency Vehicle and False Personation.

Morocho will be held overnight at the Seventh Precinct and is scheduled for arraignment at First District Court in Central Islip on January 10.