Polk Street School’s Troops 1276 and 1883 collected dozens of sweatshirts locally that were donated to Nassau County’s Hoodies for the Homeless program. 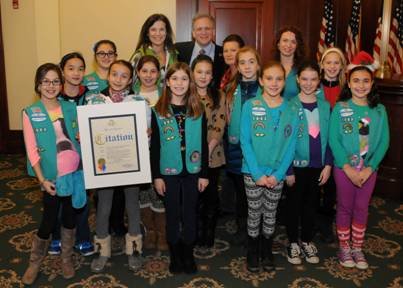 The program, started this year by teenager Tylar Trichon, asked Nassau County residents to look inside their closets and part with a gently used sweatshirt. Tylar realized that many Long Islanders have closets stuffed with clothing while many other Long Islanders living in shelters brave the cold. Girl Scout Troops 1276 and 1883 participated in the Hoodies For The Homeless drive by starting with their own closets, then asking neighbors and friends to also donate.