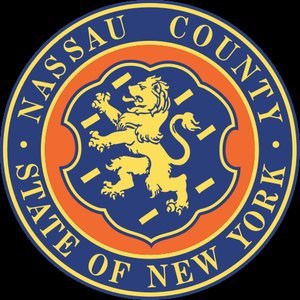 Mineola, NY - January 10th, 2014 - Nassau County District Attorney Kathleen Rice was joined by federal and local law enforcement partners today to announce state charges against a brazen, high-tech burglary crew suspected of stealing more than $10 million worth of cash and property through more than 50 commercial and residential burglaries on Long Island and in nearby counties.

Federal charges against some members of the crew were announced in November by U.S. Attorney Loretta Lynch, in a joint investigation with DA Rice; Suffolk DA Thomas Spota; the FBI; the IRS; the Nassau and Suffolk County Police Departments; and the New York City Police Department Internal Affairs Bureau. The crew included Rafael “Ray” Astacio, who was an NYPD detective at the time of his participation.

Today, DA Rice was joined by investigation partners to announce state charges from a grand jury indictment against five members of the burglary crew, including two new ones.

“This brazen crew used local homes and businesses as their personal piggybanks and with so much stolen over so long a period of time, this was a highly organized, systematic, professional team of criminals,” DA Rice said. “With the extensive cooperation my office is receiving from the offices of U.S. Attorney Lynch, the FBI, the IRS, DA Spota, and the Nassau, Suffolk and New York Police Departments, we will continue this ongoing investigation and hold these defendants accountable.”

FBI Assistant Director in Charge George Venizelos said: "As alleged in the indictment, the defendants victimized and stole from the homes and businesses of members of our community. Their arrests are the result of the hard work and dedication of our law enforcement community to bring an end to their crime spree. We will continue to work with our federal, state and local law enforcement partners to keep our streets safe and bring to justice those who terrorize our neighbors."

Today’s defendants have been indicted for two counts each of Burglary in the Third Degree, and two counts each of Possession of Burglar’s Tools, which add up to a maximum possible sentence of 4-2/3 to 16 years in prison each. Further charges are anticipated against these and other defendants as this ongoing investigation continues.

Arrested yesterday and arraigned today in Nassau County Court by Judge Meryl Berkowitz are ringleader Mr. Nikitas “Nicky” Margiellos, 33 of West Babylon; Mr. Gerard Camarano, 54 of Valley Stream; and Mr. Trung Lu, 32 of Ridgewood. Two unnamed co-defendants have not yet been arrested and their indictments remain sealed. Camarano and Lu are new defendants in the case, currently facing only state charges. The defendants arraigned today all pleaded not guilty and are due back in court on Jan. 14. The DA’s office requested $2 million bail for Margiellos and $500,000 bail each for Camarano and Lu. Judge Berkowitz set bail at $100k bond/$50k cash for Margiellos and Lu and $200k bond/$100k cash for Camarano.

Investigators, who have dubbed the case “Operation Crook, Line & Stinker” due to the defendants’ use of the term “fishing” as a code word for their burglaries, have found the crew to have stolen cash and property from 51 commercial and residential properties between 2009 and 2011. The properties include 21 in Nassau, 28 in Suffolk, one in Queens and one in Westchester. More burglaries are suspected and cold cases are being re-investigated for matches to this crew.

Identified in today’s indictment are DSW Shoe Warehouse in Carle Place and Scents Forever in Hicksville.

During a portion of this investigation, which included the use of court-authorized wiretaps, detectives intercepted telephone conversations in June of 2012 wherein crew members discussed committing a residential burglary in Suffolk County. Members of the Nassau County Police Department’s DA Squad along with members of the FBI and Suffolk County Police Department set up surveillance on the target location on the night of the burglary. Crew members Joseph Alacqua and Michael Brown were observed entering the vacant home and minutes later exiting the residence with the homeowner’s personal property. When the crew members entered the getaway car driven by then-Detective Astacio, they were arrested. This case is pending in Suffolk County Court.

The crew is linked to many unsolved burglaries because of distinct patterns that have emerged from the investigation. For example, the crew often cut telephone lines to disable alarms and used cellular telephone signal jamming devices to stop the back-up alarms from notifying the alarm companies’ central stations. At other times the crew gained access to commercial establishments by cutting through the wall of an adjoining building. The crew often targeted cash businesses and if successful, the business owner’s residences were then burglarized. The crew used GPS devices on business owner’s vehicles to locate the owner’s residence and to track the owner’s movements over an extended period of time so as to develop a pattern in their routine. With nearly all the burglaries, crew members conducted extensive Internet searches and physical surveillance of target locations prior to, in their terms, “going fishing.”

The state portion of this joint investigation is being prosecuted in the Nassau DA’s Office by ADAs Jeremy Glicksman and Bena K. Varughese under the supervision of Organized Crime & Rackets Bureau Chief Rick Whelan.