Lee Alverson: The Piano Man - A Tribute To The Music Of Billy Joel And Jerry Lee Lewis 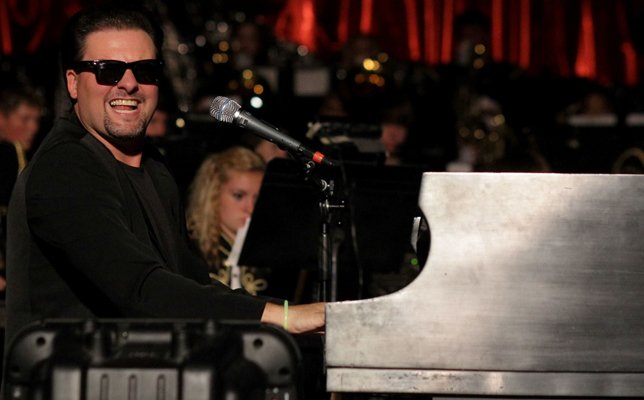 Sag Harbor, NY - January 8, 2017 - Bay Street Theater & Sag Harbor Center for the Arts is pleased to announce The Piano Man: Lee Alverson and Band with A Tribute Concert to the Music of Billy Joel and Jerry Lee Lewis, on Friday, February 2 at 8 pm. Tickets are $30 and are on sale now at baystreet.org or by calling the Box Office at 631-725-9500.
Lee Alverson has been entertaining audiences since 1990. A gifted stage performer, songwriter, and multi-instrumentalist known for his mastery of the piano and his tributes to Billy Joel and Jerry Lee Lewis, he has shared the stage with Barry Manilow & The Beach Boys, performed as The Phantom of the Opera -in the touring production “Broadway Phantasy”, and composed music for TV & Film projects which include writing the complete score for the British Film “SILVER”, which debuted at London’s Genesis Theater in 2015.  Lee’s showmanship has made him a favorite attraction with over 3,000 international performances. Backed by his Band, His Tribute show (Tribute to the Piano Men) features energetic renditions of Billy Joel and Jerry Lee Lewis's piano driven classics.
The Box Office is currently open Tuesday – Saturday, 11 am – 5 pm. To purchase tickets call 631-725-9500 or log on to baystreet.org.
Bay Street Theater is a year-round, not-for-profit professional theater and community cultural center which endeavors to innovate, educate, and entertain a diverse community through the practice of the performing arts. We serve as a social and cultural gathering place, an educational resource, and a home for a community of artists.