Suffolk County Police today arrested a 16-year-old man for shooting another man in Brentwood this afternoon. 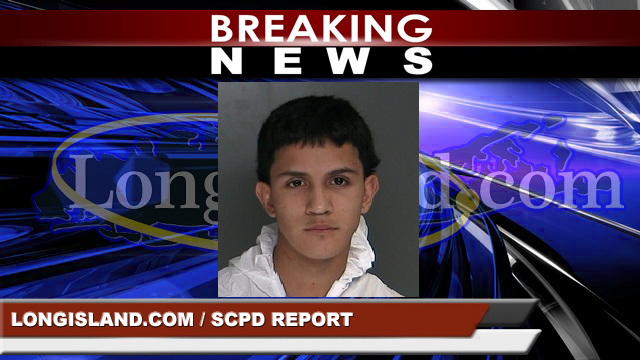 Carlos Argueta, 16, of Brentwood, was arrested and charged with Assault, Possession of a Weapon, and Tampering with Physical Evidence.

During a dispute on the corner of Fourth Street and Third Avenue Carlos Argueta shot a 22-year-old man in the abdomen. The corner borders the Brentwood Public Library but is not on the libraries’ property. There were several witnesses but no other injuries. Detectives are investigating whether its gang related.

The victim was transported to Southside Hospital in Bay Shore, with non-life-threatening injuries.

Argueta, 16, of Brentwood, was charged with Assault 2nd Degree, Possession of a Weapon 2nd Degree, and Tampering with Physical Evidence. He will be held overnight at the Third Precinct and is scheduled to be arraigned at First District Court in Central Islip on January 16.