On November 20, 2020, the Robert David Lion Gardiner (RDLG) Foundation awarded Webb Institute a $299,250 grant to support the construction and installation of an ADA compliant elevator 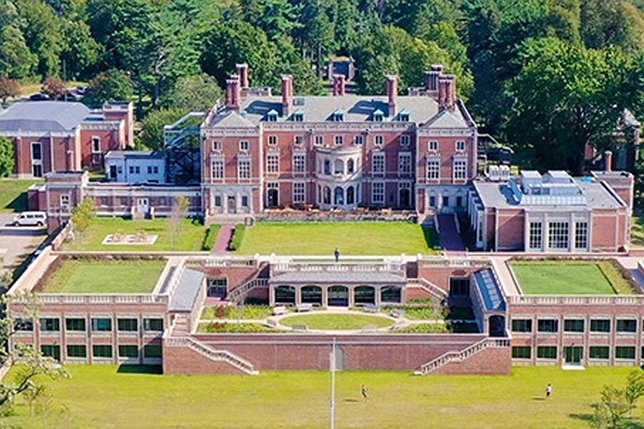 On November 20, 2020, the Robert David Lion Gardiner (RDLG) Foundation awarded Webb Institute a $299,250 grant to support the construction and installation of an ADA compliant elevator in Webb’s flagship building, Stevenson Taylor Hall (STH, formerly a Pratt family vacation retreat), and an ADA compliant vertical platform lift linking the college’s newly constructed Couch Academic Center (CAC) to the historic STH. This grant was provided as a 1:1 match, whereby Webb Institute is responsible for the remaining funds to complete the project. Construction is scheduled to be completed by March 1, 2021.

Webb Institute is a small, top-ranked undergraduate engineering college located in Glen Cove, New York. Webb provides a full-tuition scholarship for all its students for all four years as they earn a BS degree in naval architecture and marine engineering. While the full-tuition scholarship assists students tremendously in affording a Webb education,

many students and their families are challenged to pay for room and board and other expenses. This unmet need has been typically covered through student and parent loans. The RDLG Foundation previously (2018) provided Webb with a generous grant, that when combined with Webb’s existing scholarships, enabled Webb to meet the demonstrated financial need of all current and incoming Webb students. This successful scholarship program removed barriers of entry to Webb for underrepresented minority students and diversified Webb’s student body. Through this partnership, Webb also joined a list of approximately 70 colleges and universities in the United States that meet full demonstrated need.

“We are thrilled to extend our partnership with the Robert David Lion Gardiner Foundation through this important infrastructure enhancement,” said Webb President R. Keith Michel. “While both the Couch Academic Center and Stevenson Taylor Hall (STH) can be accessed from outside entrances separately, the current layout did not present a path for persons with disabilities to seamlessly maneuver between the college’s main buildings, and STH lacked an ADA compliant elevator. Thanks to our partnership with the RDLG Foundation and the vision of Webb’s Board of Trustees, we will enhance connectivity and seamless passage through two key buildings on Webb’s campus while we preserve the historical character of the Pratt mansion.

About Webb Institute
Founded in 1889 by New York-based ship builder William H. Webb, Webb Institute is a top-ranked undergraduate institution specializing in Naval Architecture and Marine Engineering. Webb is the only full-tuition scholarship, private undergraduate program of its kind in the United States, with a maximum of 28 students being accepted into the program each year. Webb Institute’s beautiful, waterfront campus is located in Glen Cove, NY, on the North Shore of Long Island.