The highly praised EV manufacturer will soon be ramping up production.

It has been an eventful year for the advancement of experimental autos. Terrafugia showed off the long-awaited flying car back in April while MIT and Denokinn were hard at work on a compact, transforming two-seater. Meanwhile, Tesla Motors has been developing something that sounds perhaps equally based in science fiction—a fully electric car worth driving.

Tesla has been turning heads with a model dubbed the Roadster, which can go 0-60 in under 4 seconds, and the Model S, which is designed to offer the same premium features as any luxury vehicle. The sports car can travel up to 245 miles on a single charge, while the sedan can last 300. So impressive is Model S that Motor Trend has named it car of the year, stating “By any measure, [it] is a truly remarkable automobile.”

Despite the high praise from industry experts, Tesla became a subject of contention 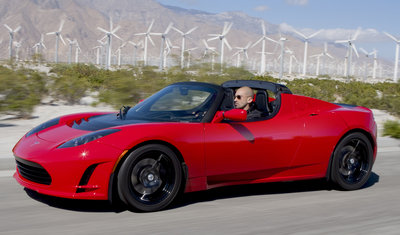 during this year’s presidential debates, during which then-hopeful Mitt Romney referred to the project as a “loser” company and lambasted the President for providing it with federal loans. Tesla was quick to defend itself, noting that it has already been successful enough that it will actually begin payment on it its loans earlier than required.

In a further sign of strength, the company is now announcing it will be expanding operations outside of US borders. Beginning in March, a new European distribution center in Tilburg, Netherlands will be producing left-handed Model S cars as well as acting as the primary service facility for Tesla in Europe. The company expects its new 62,000 square foot warehouse to create around 50 jobs as it services cars, stocks parts, and provides technical training for the area. It may be too soon to label Tesla a resounding success, but certainly the company cannot be rightfully called a “loser” while it is still gaining traction both at home and abroad.