Nassau Cop Indicted for Visiting Mistress While On Duty

Ex-Nassau County police officer Michael Tedesco has been hit with a 109-count indictment for visiting his mistress while on duty.

During a seven month affair, a married Nassau County police officer and father of two allegedly visited the home of his mistress 57 times.  Former-officer Michael Tedesco surrendered to police on Friday following a 109-count indictment to which he pleaded not guilty, and was released after paying $5,000 bail. 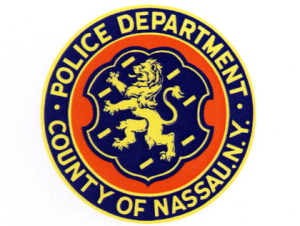 One of Tedesco’s mistresses, which prosecutors say may be as many as three, is Tara Obenaeur, who has cooperated with police.  Obenaeur told investigators that Tedesco would visit her home for hours while on the clock.  Her neighbors alerted police that Tedesco’s police vehicle was parked for long periods outside Obenaeur’s home for long periods of time.
Tedesco retired without permission last spring following 18 years of service after he learned about an investigation, which lasted eight months, into his on-duty activities, and has been collecting his pension since that time.
Obenaeur also claims that Tedesco also left his firearm in reach of her young children while he was visiting, and threatened her since learning of her cooperation in the investigation.  A judge has issued Obenaeur a temporary order of protection against Tedesco.
In all, Tedesco faces 80 misdemeanor counts of official misconduct, 25 felony counts of falsifying business records and four felony counts of tampering business records.  He is scheduled to appear in court on Jan. 9.
Share your thoughts on this article by posting a comment below or by visiting our Long Island Living discussion forum.