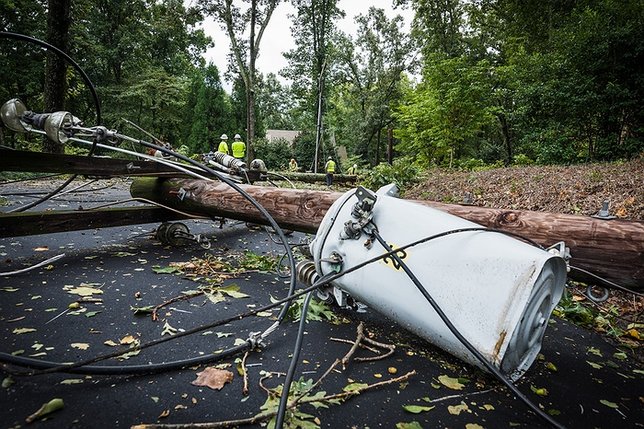 Governor Andrew M. Cuomo has announced the Long Island Power Authority has filed legal action against PSEG Long Island for breach of contract and its performance in response to Tropical Storm Isaias. The complaint seeks $70 million in damages for PSEG Long Island’s failure to adequately oversee outage management and communications systems, and for the lack of business continuity plans that would have provided a failsafe option when key systems broke down. The filing is a direct result of the New York State Department of Public Service and LIPA’s investigation reports issued in September and November and follows through with the Department’s recommendation to the LIPA Board of Trustees.

“Utility companies are beholden to ratepayers, and when that service is inadequate – or as in this case, a complete failure — those utilities need to be held accountable,” Governor Cuomo said. “Utility companies like PSEG Long Island get paid to manage the aftermath of a storm, and time after time they have failed to hold up their end. It’s inexcusable, and we’re going to make sure that it doesn’t happen again.”

The claim alleges PSEG Long Island is in breach of obligations set out in its operating agreement with LIPA and seeks damages related to PSEG Long Island’s inadequate design, implementation, and testing of its outage management and communications systems, which failed during the storm. LIPA is also asking the Court to order PSEG Long Island to urgently fix these systems to prevent future failures.

Long Island Power Authority Chief Executive Officer Tom Falcone said, “LIPA is seeking relief from the Courts because we have an obligation to protect customers. PSEG Long Island must immediately fix these failed information technology systems and abide by its contract as we proceed in reviewing our legal, contractual, and termination options. PSEG Long Island has collected nearly half a billion dollars from Long Island customers over the past seven years while failing to meet its basic obligations.”

New York State Department of Public Service Special Counsel for Statewide Ratepayer Protection Rory I. Lancman, said, “$70 million a year seems a lot to pay PSEG Long Island for outage management, information technology, communications, and customer engagement systems that don’t work during a storm, so I’m glad LIPA is going to Court to get ratepayers their money back. We also need to ask the bigger question: can LIPA’s contract with PSEG Long Island be reformed to truly protect Nassau, Suffolk, and Queens customers; should LIPA find a new service provider; or should LIPA provide the service itself, either as a true public utility or a privatized one?”

As a result of the investigation, three of the state’s largest utilities – Con Edison, Orange & Rockland and Central Hudson – now face potential penalties totaling $137.3 million, with Con Edison and O&R also facing potential license revocation. All three will now be required to explain why penalties should not be imposed by the PSC for such apparent violations of the laws, regulations and orders that are designed to ensure the safety and reliability of the electric system. PSEG Long Island was also the subject of the investigation, and numerous failures were identified by DPS.