Sarai Sierra was killed in Istanbul in January and Turkish police have found the killer. 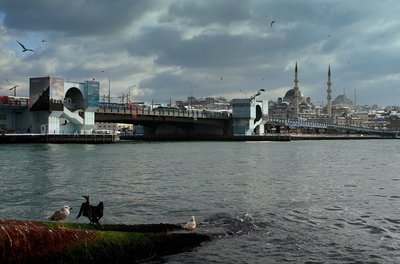 On Sunday, Turkish police said that they found the man who killed Sarai Sierra, a 33-year-old mother of two from New York City that was vacationing in Turkey when she went missing. Her body was found near the Galata Bridge in Istanbul after an extensive search by Turkish police.

Police said that Ziya T is the man responsible for Sierra’s death. After weeks running from authorities, Ziya was detained by authorities near Turkey’s border with Syria.

Using footage from more than 500 security cameras around the area of the Galata Bridge, Turkish police were able to spot Ziya in more than 16 different locations and track his actions on the day that Sierra was killed.

Ziya claimed that he is innocent. According to his brother, Ziya told him he was fleeing the country because the murder would be blamed on him by drug addicts that hung out near the bridge where Sierra’s body had been found.

Police said that Ziya’s DNA matched that which was found on Sierra’s body. Sierra was bludgeoned to death using a brick that police found at the crime scene.

Sierra was supposed to return home in January, but when family members did not hear from her, Turkish police went on an extensive search. The search drew plenty of media attention in Turkey, where violence against tourists is very rare. Her body was found on February 2nd.

Sierra was vacationing by herself to pursue her hobby of photography. She had originally planned on touring the country with a friend, but that friend had to cancel last minute.

She was last heard from on the day she was scheduled to return home to Staten Island. Sierra leaves behind two children and her husband.