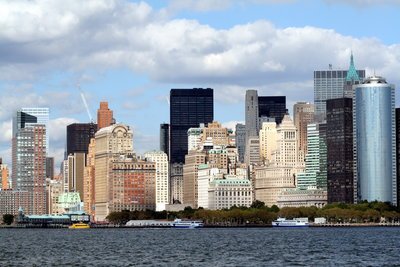 “I’m running because I want to make sure that New York remains what it was when my grandparents came here a hundred years ago: a place where, with good, honest work, you could lift your family into the middle class,” Quinn said.

Before her election as Speaker, Quinn served as the City Council Member for the lower west side of Manhattan since 1999. Viewed as one of the most effective elected officials in New York, her record of accomplishments includes passing seven on-time balanced budgets while keeping essential services intact, creating thousands of new jobs, preventing 4,000 teacher layoffs, increasing parental involvement in schools and building thousands of affordable housing units for the middle class.

She also passed the Climate Protection Act aimed at reducing greenhouse emissions by 30% citywide by 2030. Additionally, she is credited with putting more cops on the street, increasing funding for more bulletproof vests for officers and working to improve police-community relations.

Quinn, a native of Glen Cove, graduated from Trinity College in Hartford, Ct. in 1988. She came to the City to work as a community organizer and served as head of the Housing Justice Campaign for the Association of Neighborhood and Housing Development.

In 1991, she managed the City Council campaign of Thomas Duane and became his Chief of Staff for five years. She later became the Executive Director of the New York City Anti-Violence Project and was appointed a member of the NYC Police/Community Relations Task Force by then Mayor Rudy Giuliani, working to reduce hate crimes.

If Quinn is elected mayor next year, she will become the first female to ever hold that office. Despite the significant advancements women have made in politics, mayoral offices in large urban centers have been largely closed to them. Since 1665, the City has elected or appointed 108 mayors, all of whom have been male.

Jamie Chandler, a political scientist at Hunter College in New York, explained that females have not served as mayors because incumbents are tough to beat and typically readily win re-election.

“The 2013 mayoral race is an open contest -- no incumbent -- so Quinn's chances are better than any of her female predecessors,” Chandler added.