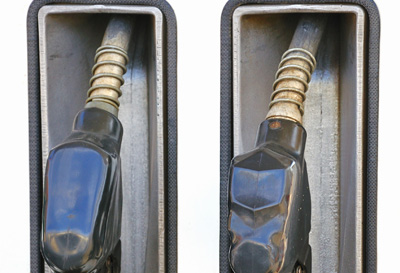 The four stations are BP Gas Station, 1009 Rt. 109 in Farmingdale, Ultra at 3300 Hempstead Turnpike in Levittown, Costal at 1575 Rt. 112 in Port Jefferson, and Liberty Petroleum at 1278 Hempstead Turnpike in Elmont.
The BP station charged customers $4.71/gal.; Ultra charged $4.89/gal.; Costal charged $4.69/gal.; and Liberty Petroleum charged $6.99/gal.
The Attorney General, Eric Schneiderman, said that more stations could receive notification of enforcement proceedings as the investigations continue.  So far, the state has identified twenty-five suspected gougers, or those that charged “unconscionably excessive” prices following the devastating storm.
"There must be no tolerance for unscrupulous individuals who take advantage of New Yorkers trying to rebuild their lives," the Attorney General said in a statement.
Earlier in the month, the Attorney General’s office sent notices to four other price gougers.  USA Petroleum on Main Street in East Islip and Rt. 112 in Medford, which charged $6.75 and $9 respectively, along with Express Mart/Babylon Gas Station on Rt. 109 in Lindenhurst which charged $4.99, and Shell on the Rockaway Turnpike in Cedarhurst which charged $5.05.
Share your thoughts on this article by posting a comment below or by visiting our Long Island Living discussion forum.