The 2014 Rockefeller Christmas Tree Lighting: Brightening Up NYC for the Holiday Season 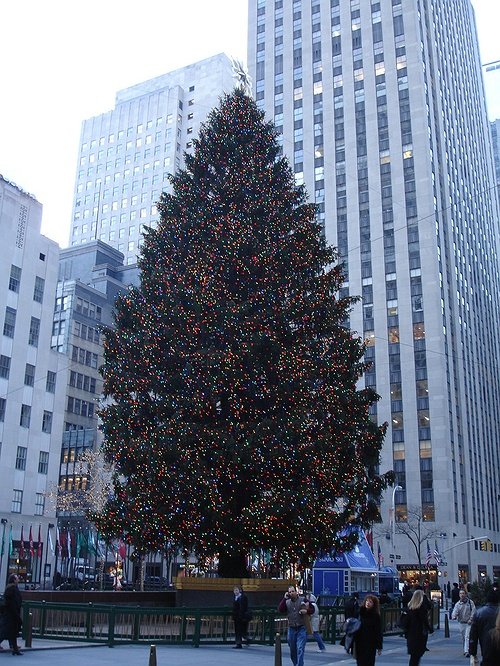 This year the 82nd Annual Rockefeller Center Tree lighting will take place on Wednesday, December 3rd with live performances from 7 p.m. – 9 p.m. at Rockefeller Plaza. There is no admission fee to watch the ceremony in New York City since it is free to the public but availability is on a first come first serve basis. Afterwards the Rockefeller Center Tree will stay brightly lit up and open to the public until January 7th, 2015 at 8 p.m. Visiting hours are held daily from 5:30 a.m. to midnight.

This year’s tree was cut down from a Bloomsburg Pennsylvania farm, approximately 155 miles west of Manhattan. The tree stands at 85 feet tall, weighs 13 tons and will feature 45,000 LED lights along with a Swarovski star topper.

From those of you thinking about traveling to NYC to go see the tree, one of the easiest and most hassle-free ways to get to from Long Island to New York City is by train. The LIRR has over 100 different stations conveniently located across the Island for patrons to hop on to their final destination.

Can’t make it out to see the iconic tree lighting in person? Not a problem! You can still watch the tree lighting ceremony right from the comforts of home! NBC will be airing the event from 8 - 9 p.m. on Wednesday, December 3rd so don’t forget to grab a warm blanket and get a cup of hot chocolate ready!

Are you planning on heading out to NYC to go see the 82nd Annual Rockefeller Center Tree lighting on Wednesday, December 3rd? If so e-mail in your pictures from the event to us at info@longisland.com!