The Crucible Comes to Life at Bay Street Theatre, with a Portion of Proceeds to Benefit Island Harvest

The Salem Witch Trials Come To Life On Stage In Arthur Miller’s The Crucible Show Opens This Friday, November 9-24th.

November 8, 2012 (Sag Harbor, NY) - Bay Street Theatre’s Literature Live! presentation of THE CRUCIBLE, by Arthur Miller, will be presented live on stage in a professional production beginning this Friday, November 9 thru Saturday of Thanksgiving weekend, 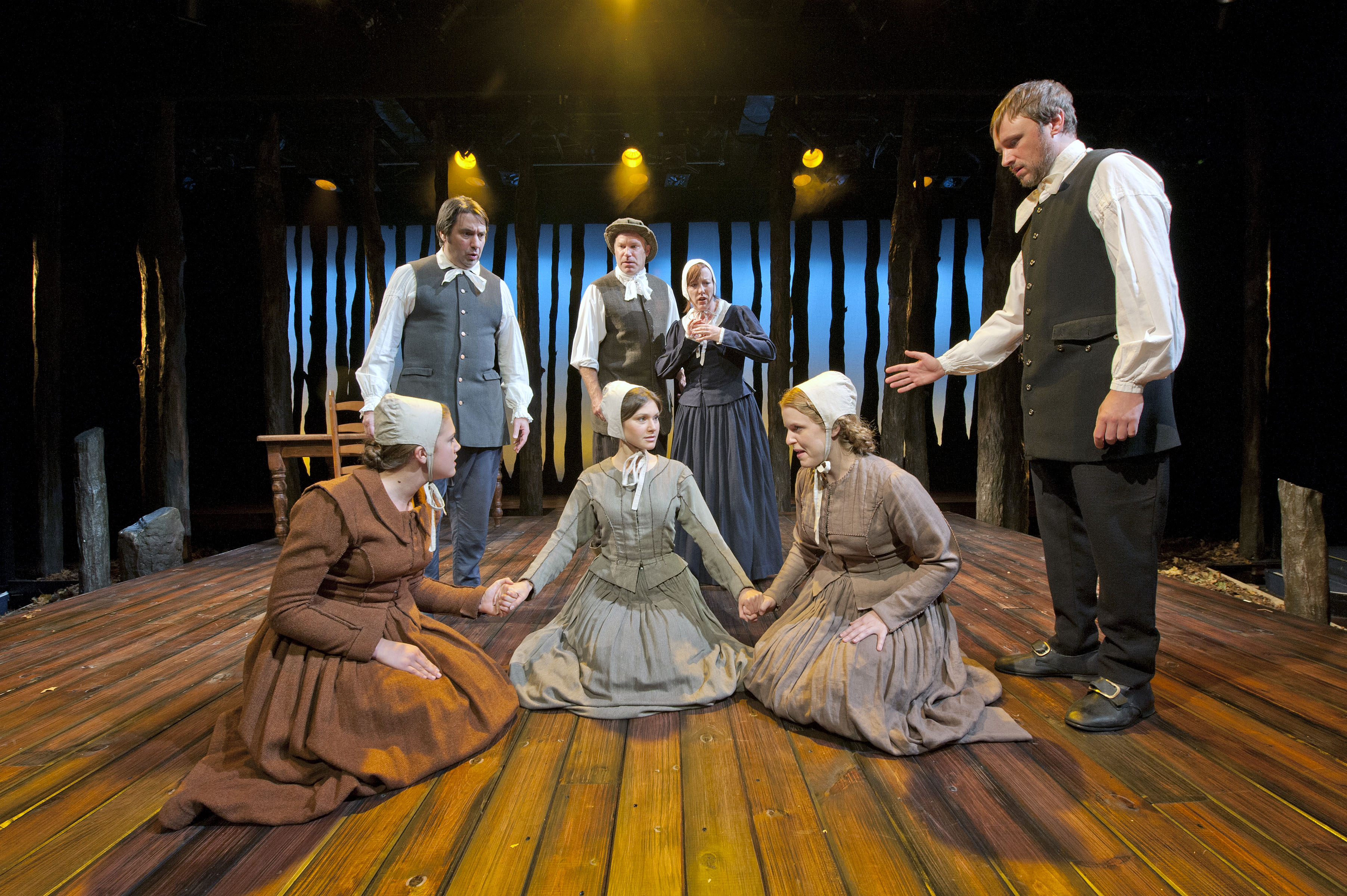 November 24. The play is directed by Murphy Davis, Artistic Director of Bay Street Theatre. Weekday performance times vary. Additional public performances will be presented Fridays and Saturdays on November 9, 10, 16, 17, 23 and 24 at 7 pm; with matinees this Sunday, November 11 and Saturday, November 24 at 2 pm. Suggested for ages 13 and up. The program is sponsored in part by Devlin McNiff Halstead Property and the Town of Southampton.

It has been quite a process since the hurricane began. Says Mr. Davis, “We were without power for days and lost a lot of rehearsal time—but the staff and theatre remained unharmed—and that is most important.  The actors have done an incredible job of diving right back into the show. The “noreaster” this week gave us a power outage and we continued to rehearse in the dark, but we are back up again with power.”  After everything that has happened, Davis and Executive Director Tracy Mitchell and Producer Gary Hygom considered whether to proceed.  But all finally agreed, the best thing to do would be to keep pushing ahead, and use the performances to give back to their Long Island neighbors in need. “The show must go on,” says Tracy Mitchell Executive Director, “and we just knew we had to do something. So, with the blessing of our Board of Trustees, Bay Street Theatre will be donating 10% of all tickets sales for the public performances of THE CRUCIBLE to Island Harvest, an organization that is collecting money and food specifically for Long Island hurricane victims. It’s the right thing to do.”

The Crucible is presented as part of Bay Street Theatre’s Literature Live! educational program, which presents a  piece of literature selected from the core curriculum and brings it to life on stage for schools from as far away as Central Islip.  The theatre is bracing itself with the knowledge that many schools will be unable to come this year, due to the lost school days and the current gas supply.  But management hopes that the loss from school attendance will be made up by the public performances on the weekends through the month of November. Says Mitchell, “Where else can you see professional theatre for $10 per child and $20 for an adult, and know that a portion of that is going to help your fellow Long Islanders?” For those who are interested in supporting the program, donations can be made online at www.baystreet.org or by calling Jessica Lemire in the Administrative office at 631-725-0818.

In 1952, Arthur Miller wrote THE CRUCIBLE, a play about the Salem witch trials that took place in the Province of Massachusetts Bay between 1692-1693. The play was written as an allegory of McCarthyism, when the U.S. government blacklisted accused communists. It was first performed at the Martin Beck Theater on Broadway in 1953, and went on to win the Tony for “Best Play” that year.

Literature Live! is a BOCES-approved Arts-in-Education program. Plays chosen are from standards-based literature and are supported with teacher-developed lesson plans and reference materials. All performances are 90 minutes and weekday shows are followed by a question and answer session.

For show times and to purchase tickets, call the Box Office at 631-725-9500 or buy online at www.baystreet.org.

Upcoming events include Santa’s arrival on November 25 and a Jazz Jam/CD release party on December 20. Watch for more details.