Long Island Rail Road is operating at 45 percent capacity as Amtrak crews continue repairs in two of their four East River tunnels that were flooded during Hurricane Sandy. 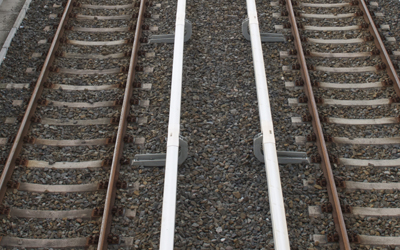 Currently 10 of the railroad’s 11 branches are operating on a modified schedule as Amtrak crews repair flood damage on two of their four East River tunnels, leaving the LIRR operating at 45 percent capacity.
According to the MTA, the LIRR operated a train test earlier today in one of the previously flooded tunnels to check the modified system signal that Amtrak is using as a temporary measure as repairs continue.
The Long Beach branch remains the only line suspended as crew continue repairs along the line.  Bus service will operate in a loop, beginning at the Long Beach and Lynbrook stations, with stops at the Island Park, Oceanside, East Rockaway, and Centre Avenue stations.  Bus services will continue until 9 p.m. and train connections can be made at the Lynbrook station.  The average time between Long Beach and Lynbrook is approximately 45 minutes, and during peak hours buses will depart the stations every five minutes.
The Long Beach Station is currently being used as a comfort and warming station for the hard hit community.
The MTA warns that riders should expect crowding on the trains until the service resumes its operation at full capacity.
You can check the modified schedules for Nov. 9 for the following branches:
In other transportation news, the Queens Midtown Tunnel opened today, and odd-even gas rationing has been implemented in Nassau and Suffolk counties as well as New York City.  Vanity plates ending in letters are considered "odd," and the rationing applies to out-of-state license plates as well.
Share your thoughts on this article by posting your comment below or visiting our Long Island Living discussion forum.