New York State Comptroller Thomas DiNapoli estimates that Hurricane Sandy could cost the state up to $18 billion in economic losses. 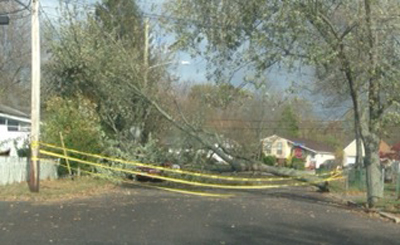 The estimate is based on private sector losses due to past storms, but could still grow as the state scrambles to get back on track.  According to DiNapoli, the state was already $436 million under projected tax revenue, and due to businesses being forced to close due to the storm, that number is expected to get worse.  The state’s 2013 budget was already based on a $1 billion budget deficit.
Yesterday, Gov, Cuomo announced that the state Legislature has approved a $100 million fund to help victims of Sandy rebuild.
New York City Comptroller John Liu told Reuters on Wednesday that Sandy is costing the city $200 million a day in unrecoverable costs, and he expects the total to reach $1 billion.
DiNapoli, who is scheduled to make his upcoming fiscal year outlook next week, says that some of the state’s losses will be recovered as homeowners and business purchase repair materials.  An increase in employment is also expected to slightly offset the cost of Sandy.
Check out our Post-Hurricane Guide for helpful resources near you on Long Island as you recover from Sandy.
Share your thoughts on this article by posting your comment below or visiting our Long Island Living discussion forum.