Is Long Island Really an Island?

A 1985 court case ruled that Long Island is in fact, a peninsula. 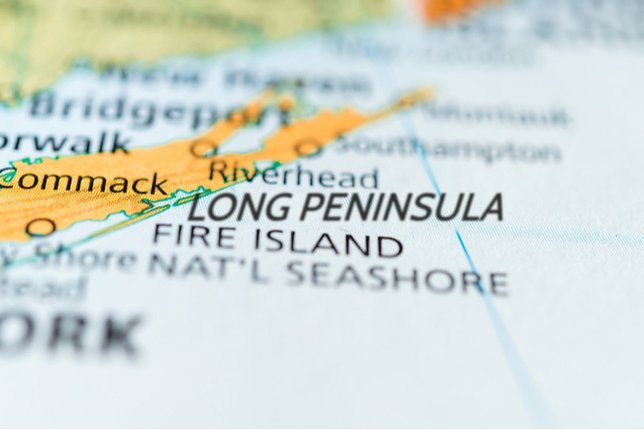 In 1985, the Supreme Court decided unanimously that Long Island is not an island at all but a peninsula. The case is called United States v. Maine, and it had to do with who controls the Long Island and Block Island Sounds. If Long Island was an island, it was argued, then the federal government controlled the waters. If it was a peninsula, then the states owned the rights.

Shocked? Dismayed? Confused? You might be thinking to yourself, how has Long Island not legally been an island since the days of neon, mullets and spandex? And nobody told me!

Let’s quickly motor through every stage of grief and get right to acceptance. Long Island is legally a peninsula. Since it’s been more than 30 years and we’re still calling ourselves Long Islanders and not Long Peninsulars, it’s safe to say we haven’t been too personally affected by this decision. But, what if we did take that ruling literally?

Below are four facts and possible implications of Long Island’s 1985 landmark legal change in geographic designation.

We are still an island

Nobody dumped a bunch of sand into the East River and connected us to the mainland without us knowing. So technically we are still living on a piece of land that is surrounded on all sides by water. Just because the Supreme Court says so, doesn’t make it true. Philosophically and grammatically, we are an island. Whew!

Long Island is the longest island in the lower 48 states. We are 118 miles long, tip-to-tip. But, the second longest island in the lower 48? Whidbey Island. Ever heard of it? Of course not. It’s all the way on the other side of the country, just off the coast of Washington state. You might be surprised to know that Whidbeyites (Whidbeyans?) consider their home to be the longest island. They make t-shirts claiming this fact. Know what reason they give for this claim? That 1985 Supreme Court ruling. Is Whidbey Island even close to the length of Long Island? Do we need to break out the tape measure? Nope. Whidbey is a mere 32 to 40 miles long (depending on who you ask). A little over a quarter of Long Island’s length. I hear it’s beautiful but not the longest island. Size does matter.

The name changes would be weird and somewhat disturbing

Our hometown hockey team will have to change its name from the “Islanders” to the “Peninsulas” or something equally ridiculous. Long Peninsula does not have the same cache as Long Island, does it? It even sounds a little dirty. (The jokes in high school would be epic!) The Long Island Expressway would be rechristened the Long Peninsula Expressway. (LIE versus the LPE?) And spelling it would be an unmitigated disaster. I mean, even I just figured out there’s a G in Wantagh. Quick! Spell peninsula without reading this sentence. See? And don’t get me started on Long Peninsula Iced Tea.