Pumpkin beers are back, along with plenty of darker beers to get you through the Fall. 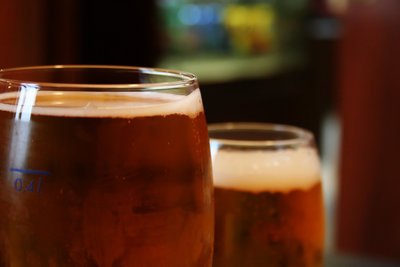 Autumn isn’t just for back to school – it is also a seasonal change at breweries when Fall beers come back to the taps.  For Fall-lovers who wish to delve into pumpkin-everything, this also means the return of the pumpkin beer, often paired with a rim of cinnamon and sugar.  Step aside from your Sam Adams Oktoberfest and support your local brewery by buying a pint or growler of either a tasty pumpkin ale or a darker stout to settle in to the cooler weather.  If you can’t get to the breweries themselves, you can still get your hands on a glass or bottle of local brews by going to a craft beer bar like Tap and Barrel in Smithtown or Corry’s Ale House in Wantagh, or searching for their six-packs at your local beer distributor.

John Harvard’s Brewery and Ale House
2093 Smithhaven Plaza
Lake Grove, NY 11755
The Beers to Try: Pumpkin Spice Ale, Oktoberfest, Atomic Espresso Stout
John Harvard’s Pumpkin Spice Ale is legendary, and it is finally back!  Enjoy this fall favorite with cinnamon and sugar around the rim.  If pumpkin spice isn’t your thing, try their Oktoberfest, Oktoberfest Lager, or the new Atomic Espresso Stout. Take advantage of their happy hour from 4-7 p.m. to grab some $3/$4 pints!

Great South Bay Brewing Company
25 Drexel Ave
Bay Shore, NY 11706
The Beers to Try: Apple Brandy Barrel-Aged “Dirty Deeds” Russian Imperial Stout, Splashing Pumpkin Ale
Warm yourself up with a fourth anniversary stout aged in apple brandy barrels to give it a hint of autumnal flavor, or this take on the classic pumpkin ale with malted barley, cascade hops, and a hint of cinnamon and cloves.

Long Ireland
817 Pulaski Street
Riverhead, NY 11901
The Beer to Try: Pumpkin Ale
Yes, Long Ireland has its own pumpkin spice as well, which is also served with a cinnamon sugar rim.  Try it on a flight with their other fresh brews like their oatmeal stout, or savor it alone in a pint.

Blue Point Brewery
161 River Ave
Patchogue, NY 11772
The Beers to Try: Oktoberfest, Pumpkin Ale
Blue Point’s Oktoberfest is a special malty amber lager that is perfect for ringing in the start of autumn, especially when served with German foods like sausages or any other kind of meat.  Their pumpkin ale is available in bottles, growlers, and kegs, but jump on them now – they will only be available until Thanksgiving.

Greenport Harbor Brewing Company
234 Carpenter Street
Greenport, NY 11944
The Beer to Try: Leaf Pile
This autumnal ale is also a pumpkin beer with a bite - the brewer uses fresh whole ginger, cinnamon, allspice, and nutmeg.  Get it while fall is here!

Moustache Brewing Co.
400 Hallett Avenue, Riverhead, NY 11901
The Beer To Try: Everyman’s Porter
This is a dark beer for people who don’t like dark beer! With a 4.5% ABV this lighter bodied beer has a chocolate and coffee aroma that carries on into the taste.