An anonymous donation of $10 million and matching funds from the Simon Foundation is making a Supercomputer Institute and further partnership with Brookhaven National Laboratory a reality.

Stony Brook University, one of the State University of New York’s internationally renowned institutions for its math and sciences programs, plans to establish a world-class Institute for Advanced Computational Science thanks to an anonymous donation of $10 million and a matching grant from the Simons Foundation.  The mission of the Institute is to advance not only the science of computing, but its application to the physical and life sciences, medicine, sociology, industry and finance.  The new Institute will collaborate with the new Computational Science Center at Brookhaven National Laboratory in large-scale data analysis, furthering the partnership between the two Long Island-based research centers. 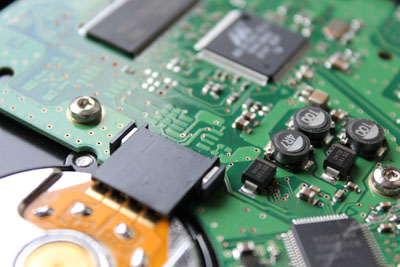 Professor Robert Harrison, considered a distinguished expert in the field of high-performance computing with over one hundred publications and many years of experience serving on national advisory committees, has been named through a joint appointment as Director of the Computational Science Center at Brookhaven National Laboratory and Founding Director of the Institute.  Dr. Harrison was previously Director of the Joint Institute of Computational Science at Oak Ridge National Laboratory and Professor of Chemistry and Corporate Fellow at the University of Tennessee.
Stony Brook University President Samuel L. Stanley Jr. said he was excited that the endeavor furthered the partnership between Stony Brook University and Brookhaven National Laboratory.  “This magnanimous gift marks the successful culmination of our quest to become a national player in the race to harvest the technology of high-performance computing for scientific research,” Stanley said in a statement.
“With ever-increasing availability of tera- and peta-flop computing power and its rapidly growing applications, to cutting-edge scientific and applied research, advanced computational science has emerged as a distinct intellectual and technological discipline lying at the intersection of applied mathematics, statistics, computer science, and core science and engineering disciplines,”  said Dennis N. Assanis, Stony Brook University’s Provost and Senior Vice President for Academic Affairs.  As Provost, the Institute will report to Assanis and serve as an interdisciplinary research facility that will work in cohesion with several of Stony Brook’s schools, colleges and departments.
Dr. Harrison also weighed in on the new Institute in a statement:  “Computation now pervades nearly all aspects not just of scientific discovery but increasingly our entire lives.  Numerically- and data-intensive computation, once dominated by the physical sciences and engineering, are now essential to fields as diverse as finance or medical imaging, and are transforming science and society, for instance, by understanding our proteome or predicting global trends.  These large simulations and computations require expertise that span multiple disciplines, and are increasingly so complex as to challenge human capabilities and budgets.  The interdisciplinary IACS will make fundamental advances in how we compute to harness the full power of computers of all sizes, and to greatly broaden the impact of computation by making it more accessible to new researchers, disciplines, and industries."
New York State has been investing and promoting the expansion of computer and nanotechnology throughout the state.  The University at Albany (SUNY) and Rensselaer Polytechnic Institute in Troy host nanotechnology institutes.  President Obama visited New York last year as part of a national tour promoting computing and nanotech research.
Share your thoughts on this article by posting your comments below or visiting our Long Island Living discussion forum.