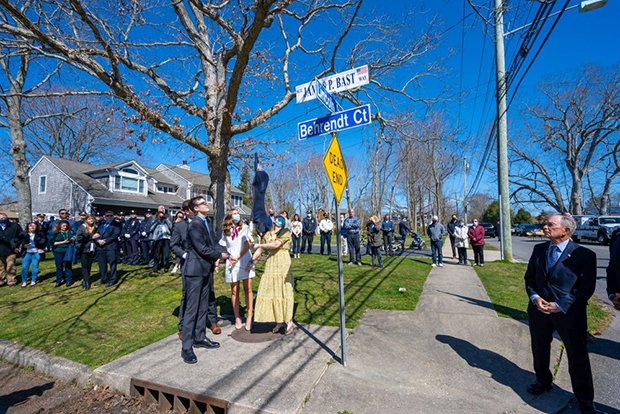 NYPD Sgt. James P. Bast, who died from 9/11-related illness was honored on April 7 by the Town of Islip with a street in Sayville named after him. Former New York City Mayor Mike Bloomberg was on hand for the ceremony. Sgt. Bast worked on Bloomberg's security detail when he retired after  23 years of service with the NYPD. He retired from the NYPD Intelligence Bureau's Municipal Security Section. 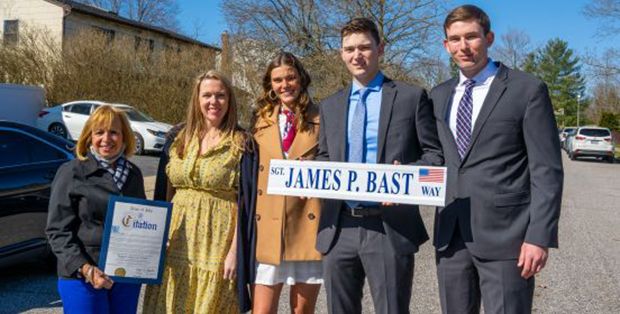 Behrendt Court in Sayville was renamed Sgt. James P. Bast Way by the Town of Islip.

Watch a video of the street renaming ceremony below.

“Sgt. Bast exhibited true heart, courage and devotion to his community and fellow countrymen,” said Islip Town Supervisor Angie Carpenter. “He stands among those noble few, who did not hesitate to join the recovery efforts following one of the darkest moments in our nation’s history.

“Our deepest gratitude goes out to him and his family,” she added. 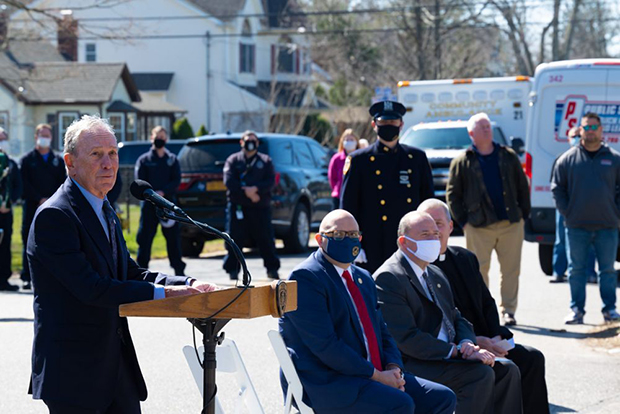