In the midst of all the fun, just don’t forget to turn the channel to NBC at 8 p.m. on Sunday! 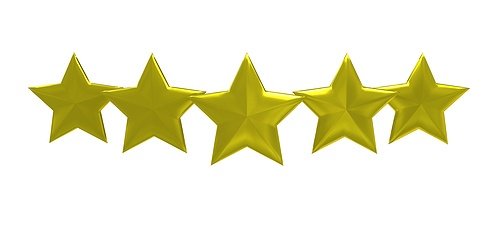 Photo by: elementa1 via Free Images

On Sunday, January 11th, the 72nd Annual Golden Globe Awards will be taking place from the Beverly Hilton Hotel in Beverly Hills, California and aired live on NBC. This much awaited award ceremony hosted by The Hollywood Foreign Press Association begins the 2015 film awards season, eventually leading up to the Academy Awards in February. This year comedy queens Tina Fey and Amy Poehler, will be co-hosting the event for the third, and final, time.

While not everyone can attend the ceremony live in Beverly Hills, everyone can watch along at home! But this year, instead of just watching along at home alone, why not invite friends over to watch it at your place and plan your own Golden Globes Party! Everyone can get all dolled up, sip on cocktails, guess who the winners will be, and chat about which dress of the evening was best! Just don’t forget to turn the channel to NBC at 8 p.m.!

Dress To The Nines! You don’t have to be heading to the Golden Globe Awards, to dress like you are! Tell everyone you’ve invited to your bash to go all out, come in a dress/suit, don a fancy hairstyle, and get ready to tell everyone whose look you’re wearing! This may be a great opportunity to get in another wear of your high school prom dress or a past bridesmaid dress!

Fashion Score Cards! One of the best parts about watching film awards, other than finding out who the actual winners are, is seeing who wore what! Give out slips of paper to your guests so they can score from 1 – 10 each celebrity’s outfit. Later on you can announce who won bested dressed for men and women, stick it in an envelope and you’ll even feel like a presenter!

Creative Cocktails! Your fancy at home bash wouldn’t be complete without some cocktails to sip on while you watch the awards! Come up with your own creative cocktails, perhaps based off of movies or certain celebrities, or simply stick with the basics like Cosmos, Appletinis and Strawberry Daiquiris!

Predict The Winners! Who doesn’t love guessing who will win in each category! At your party, let everyone cast their own ballot for who they think will win! Whoever guesses the most correct, wins their own “Golden Globe Prediction Award!”

Themed Decorations! When it comes to decorating the house for your Golden Globe Awards party, make sure there is lots of gold, stars, and film themed decorations. Gold streamers pinned up by star accents, Clapboard decorations and sparkly confetti strewn on the tables can go a long way!