Take your New Year's resolutions seriously when you take a hike on the Long Island Greenbelt Trail, or the other trails in the greenbelt system. 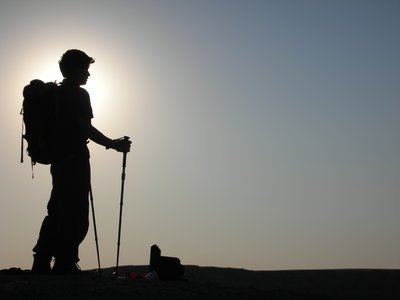 If you want to go out and get working on that New Year’s resolution of getting fit and getting outside, consider exploring Long Island’s major hiking trail system – the Greenbelt.  Long Island’s Greenbelt Trail is a 31.8-mile hiking trail that was completed in 1982 and extends from Sunken Meadow State Park on the Long Island Sound to Heckscher State Park on the Great South Bay.  After the original Long Island Greenbelt was completed, the Long Island Greenbelt Trail Conference made the push to create several more “greenbelt” trails across Long Island, each running north to south Though hiking on Long Island may seem simple due to the largely flat topography, there are all different kinds of terrain to cover, including various types of forests, pine barrens, beaches, and marshes. Though it is general ranked as an “easy” trail for hiking, it is best to know what you are getting into before hiking several miles or more.  Have appropriate hiking footwear, such as supportive sneakers or hiking boots, and some water at the ready in addition to these tips before you hit the trails!

The Different Greenbelt Trails:  Since there is more than one greenbelt trail, you can find which one best suits your ability level, and also choose to hike close to home or further away.

State Parks Along the Way: The Long Island Greenbelt Trail intersects with several major state parks where you can plan to start or end your travels:

Wheelchair-Accessible Nature:  Though hiking trails are not often wheelchair accessible, part of the Pine Barrens Greenbelt is flat and wide enough to go out in a wheelchair – El’s Wampmissick, a .75-mile stretch of trail through the classic pine barrens terrain.