A Tentative Agreement Has Been Reached Between the MTA and LIRR Unions. Click Here for More Information. 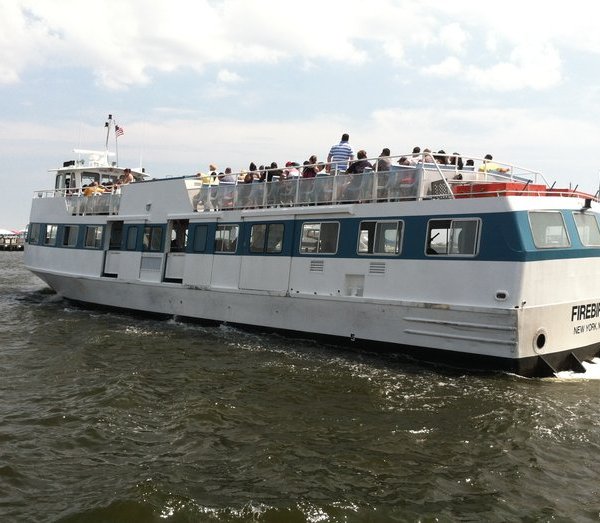 The looming Long Island Rail Road union strike is likely going to put lots of commuters in a bind when it comes to commuting to and from New York City. Luckily Long Islanders looking to get to work, many of the local bus companies, ferry lines, and other local transit authorities have stepped up with the offer of extended service hours, stops, and availabilities.

Whether you're looking to head out to the East End for a day of relaxation and fun, or you're simply looking for the best way to get to work, we've got you covered with the scoop on all of the best travel and transit alternatives to simplify your commute during the LIRR Strike.

Getting to Manhattan via Ferry
The MTA has arranged for service between Glen Cove and E 34th Street/Midtown Manhattan for no additional charge should there be an LIRR strike on and after July 20. The service will run during peak hours in peak directions only. LIRR tickets will be cross-honored; the ferry will run to Manhattan in the morning and back to the Glen Cove Dock in the evening. The E 34th Street dock in NYC is operated by the M34 SBS bus. Seating will be limited to 500 passengers and will be granted on a first come, first serve basis.

Getting to Manhattan via Bus
Until such time as LIRR service has resumed, 7Bus will offer the special discount pricing of $10 for a one-way trip; all regular fares will be suspended during the strike. Additionally, commuter departure times of 5:30 AM, 6:35 AM, and 7:30 AM will be moved one hour earlier in anticipation of traffic delays.

Starting on the first weekday of the strike 7Bus will not travel into Manhattan, but will drop-off and pick-up at the Woodhaven Boulevard subway stop which connects to the M, R, and (at night) E trains. Should the strike last an extenuating length of time and traffic begin to allow a shorter trip into and out of Manhatan, 7Bus will resume service to Manhattan.

Suffolk County Transit & NICE Bus Schedules
Looking for an easy way to travel around Nassau or Suffolk County? You're in luck! Both counties offer reliable bus services with frequent stops at numerous points of interest. Many of the bus lines include stops at local train stations, malls, business centers, and other transit hubs. If you're out & about on Long Island, and you can't hop on the train, then the buses are a great alternative. Click above for all of the local lines & schedule information for both the Suffolk Transit Bus Service, and the Nassau Inter-County Express Bus Service.

Additional Buses
The MTA has further arranged for 350 additional buses to run from locations in Nassau and Suffolk to subway stations in Queens. The shuttle buses are expected to handle 15,000 customers per day and will operate westbound from 4-7 AM and eastbound from 3-7 PM.

Telecommute
If you are able to work remotely, it may be best to plan to do so as often as possible during the strike. Many other Long Islanders will be competing for space on the ferry and busses and others will be driving into the city which is sure to create traffic congestion, which means that you could save a lot of time and frustration by working from home.

If working out of your house is not a viable option, consider a local library or coffee shop with WiFi access, but be mindful that these are public spaces and you should only try to work from them if you can do so quietly (typing on your laptop is perfectly acceptable, but calling clients on your cellphone is sure to disrupt other patrons).

Nassau County Executive Edward Mangano has also opened offices at the Morrelly Homeland Security Center in Bethpage for free use by telecommuters. Space in the 30,000 square-foot office building will be available on a first come, first serve base. The building is located at 510 Grumman Road W in Bethpage. To reserve a desk, call 516-573-9792.

Driving to the City and Park & Ride Locations
Many Long Islanders who would normally take the train will doubtless try to drive into Manhattan during the LIRR strike. This will cause a sharp increase in traffic and a corresponding rise in congestion and travel time. To counter the inevitable traffic jams and encourage car pooling, the High Occupancy Vehicle lane on the Long Island Expressway will be expanded to require three people in a car during the strike rather than the usual requirement of only two.

Long Island Traffic Cams
Curious how congested your regular commute will be? Check out the traffic from a bird's eye view over in the LongIsland.com Traffic Camera Center! Here, you can view LIVE traffic cameras on all of LI's biggest roadways, and at all of the biggest intersections across Long Island, making it easier than ever before to plan ahead and miss the traffic jams.

Do you know of another alternative for commuting during the strike?
Let us know, and we'll update this page to let locals know how to get moving!