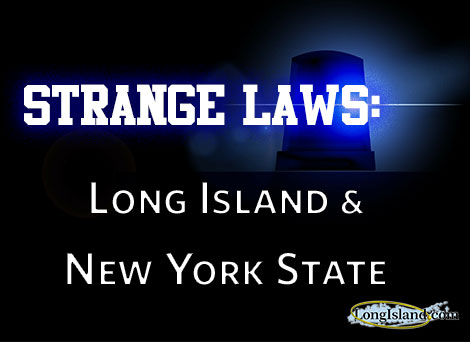 Living on Long Island is not only a priviledge, but Long Islanders need to follow the rules if they want to enjoy our Island. We are, of course, part of New York State and with that are many laws to follow.

So, if you think that your last traffic ticket was unfair and unwarranted, check out some unknown laws that you can be ticketed or arrested for in New York State.

Do you know any other strange or unique laws local to Long Island and New York?
Let us know and we'll add them to this page!