State set to move forward with remediation; challenge polluters in court to pay for it. 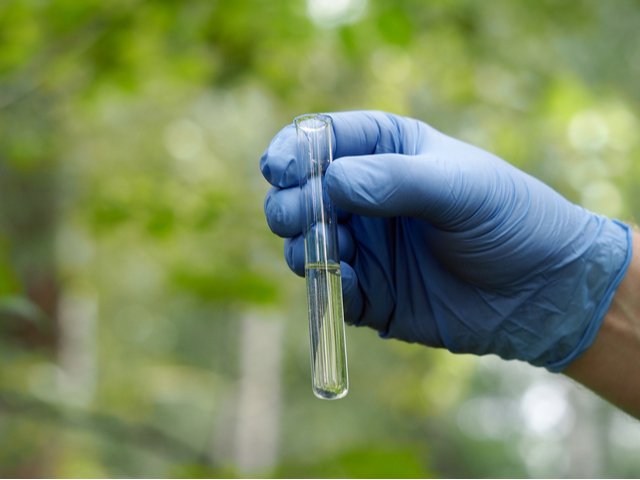 A four-mile ling, two-mile wide toxic plume sits underneath the site where aerospace contractor Grumman operated since the 1930s. During its long and storied history, Grumman helped to push the aerospace industry to new heights, building fighter planes for the U.S. war effort - including the F-14 Tomcat - and the lunar lander that put men on the moon. (See related story, "Five times Long Island made aviation history.")

That legacy, it seems, came with a cost.

According to a Department of Environmental Conservation report, past disposal practices from manufacturing work done on the site by the U.S. Navy and Northrop Grumman Corporation between 1942 to 1996 contaminated the groundwater. While some remediation has taken place, it hasn’t been enough and the contamination continues to expand, according to the DEC. With off-site migration, the reports says, the plume now underlies a nearly seven-square-mile, heavily developed commercial and residential area in Nassau County.

The plume was first discovered in the 1970s. The area is now deemed a Superfund site.

After a DEC investigation of the underground plume, the agency confirmed the effectiveness of a system to contain and treat the area, estimated to cost $585 million.

In a statement, the NYS Governor described the DEC’s recommended action in a statement, which includes the construction of 24 groundwater extraction wells, five treatment plants, four recharge basins and approximately 24 miles of conveyance piping. This comes after a decision by the DEC earlier this year that went through a public comment period and received over 200 responses.

"My top priority is protecting the health of New Yorkers, and we'll never wait for polluters to clean up their mess when it's most convenient for them," Governor Cuomo said.

The DEC demanded that the Navy and Grumman implement the plan as soon as possible. If they fail to begin the suggested remedy on their own, the State will enact the plan using its own resources and hold both parties legally responsible for the cleanup costs.

“We're moving forward with an aggressive plan engineered to achieve the highest cleanup standards possible, and if necessary we'll go to court to force the polluters to pay for it," he said.

The final remedy documents, including a description of the new remedy and a summary of and a response to all public comments received, can be found on the DEC's webpage.

NYS Assembly Member Steve Englebright, Chairman of the Assembly Committee on Environmental Conservation called the response to the toxic plume “bold and necessary.”

“Encircling and treating this massive toxic plume is a courageous commitment to a sustainable future for Long Island,” he said.

“Eliminating the contaminant and protecting our current groundwater supplies is vital to ensuring the health and safety of our residents,” said Curran. “I want to thank Governor Cuomo for his action and advocacy - we must ensure a lasting solution to preserve our precious water supply."