A US District Court Judge from New York’s Southern District has found in favor of the NSA’s practice of collecting telephony metadata in bulk from phone service providers. 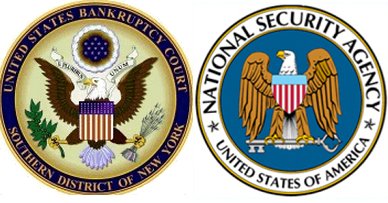 A Federal Judge in New York ruled in favor of the National Security Agency’s practice of tapping phones and collecting metadata on Friday, December 27. In the case of ACLU v. Clapper, US District Judge William H. Pauley III stated that the collection of telephony metadata is a necessary tool in the preclusion of terroristic plots.

Pauley pointed to the September 11th attacks of 2001—before which the NSA had intercepted seven calls from one of the hijackers, Khalid al-Mihdhar, using overseas signals and mistakenly believed him to be outside of the US—as evidence that the intelligence community needs to be able to collect phone number identifiers and other pieces of data in order to know where calls are actually coming from and prevent future attacks. He referred to the practice of collecting metadata which rose in the wake of 9/11 as “a wide net” which can catch otherwise indiscernible contacts amongst terrorist suspects in “an ocean of seemingly disconnected data.”

“This blunt tool only works because it collects everything,” said Judge Pauley. “If plumbed, such data can reveal a rich profile of every individual as well as a comprehensive record of people’s associations with one another.”

While Pauley made a case for the continuation of NSA surveillance practices in his ruling, the matter at hand was whether such practices are legal, and to that end the judge found in favor of the NSA.

“Section 215 [of the Patriot Act] allows the Government to obtain an order ‘requiring the production of any tangible things (including books, records, papers, documents, and other items),’ eliminating the restrictions on the types of business that can be served with such orders and the requirement that the target be a foreign power or their agent,” he said.

The ruling concludes that under current law the collection of telephony metadata is legal, and notes that there exists current debate among the legislative and executive branches as to whether it should remain so. Pauley did not find the tactic unconstitutional, and as such had to rule in favor of its continuation under rules established by the Patriot Act, “But the question of whether that program should be conducted is for the other two coordinate branches of Government to decide.”

Pauley’s decision to dismiss the lawsuit brought forward by the ACLU runs contrary to a ruling earlier in December by US District Court Judge Richard Leon, who granted a preliminary injunction to two men who challenged the legality of collecting metadata, ruling the practice a violation of the Fourth Amendment’s protection from unreasonable search and seizure.

The ACLU originally filed its lawsuit on June 11, 2013, six days after the NSA’s domestic spying activities were first revealed by the original Edward Snowden leak through the Guardian on June 5.