On Long Island & Around the Nation: Remembering September 11th, 2001

A number of services held in memorial of the tragedy suffered 12 years ago are being held throughout the country. 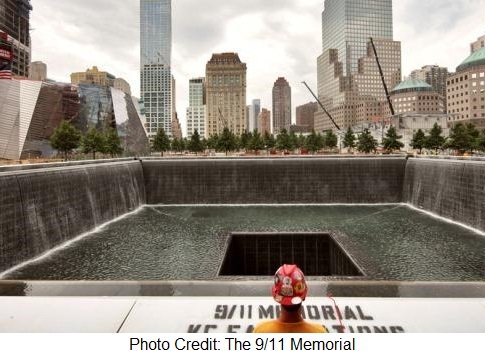 12 years ago today the nation was shook by a devastating attack many Americans could not have conceived of prior to September 11th, 2001. A small cell of the terrorist organization al-Qaeda had boarded several fully fueled airplanes, hijacked them, and crashed the planes into both World Trade Center Buildings as well as the Pentagon. 2977 innocent people lost their lives in the attack, and many first responders made the ultimate sacrifice as they tried to rescue those trapped inside the collapsing buildings.

Today, our country pays somber tribute to the innocents who perished and the heroes who rushed to their aid. Family and friends mourn for loved ones lost, and the nation reflects upon this devastating tragedy with heavy hearts.

President Obama held a moment of silence on the White House’s South Lawn this morning, and also attended a memorial ceremony at the Pentagon.

“Our hearts still ache for the futures snatched away,” he said, “Let us have the courage ... to carry on no matter how dark the night or how difficult the day.”

Other services have taken place across the country, including a memorial outside of ground zero where a new sign of hope and resiliency now stands. The One World Trade Center now towers over New York City at its symbolic height of 1776 feet. It is not expected to be fully operational for two more years, but already stands as a testament to the American spirit.

Additional services will be held throughout the day, including many across Long Island this evening, and at the 9/11 Memorial site in Manhattan.