We dug into the archives to find this great historical picture. 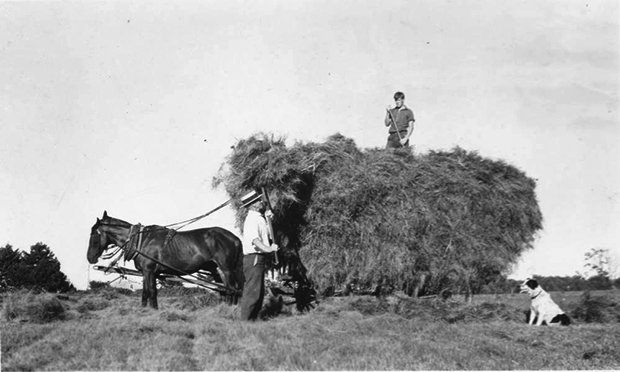 This image shows Emil Gardell and Arnold Eichhorn gathering hay on Indian Wells Highway in Amagansett. It is not clear which man is which. The younger man stands on top of a large pile of hay on top of a horse drawn cart. The older man holds a pitchfork and stands on the ground near the cart. A black and white dog watches the proceedings. The date of the photo is unverified but estimated to have been taken some time between 1930 and 1950.