National Legislation will Help Encourage Other States to Adopt Protections Like New York’s “Amanda’s Law” To Encourage Use of CO Detectors. 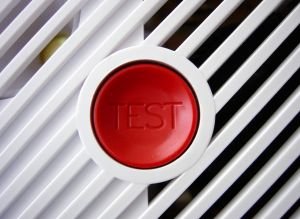 Washington, DC - December 17, 2013 - As winter sets in, U.S. Senator Charles Schumer joined his colleague Senator Amy Klobuchar (D-MN) to introduce legislation to help prevent deaths from carbon monoxide poisoning in New York. The legislation would allow the Consumer Product Safety Commission (CPSC) to provide support for public safety education and encourage installation of safe and reliable carbon monoxide detectors. The legislation would require the CPSC to establish a grant program to provide assistance to states and local governments to implement such changes. Schumer has fought for additional safeguards as it relates to carbon monoxide poisoning, particularly on behalf of Amanda Hansen of Buffalo, NY. Amanda tragically lost her life in January of 2009 to carbon monoxide poisoning, and Schumer has been working with her family to implement national legislation that could support and expand upon New York’s Amanda’s Law.

“Carbon monoxide poisoning is an indiscriminant and stealthy killer, so we cannot remain silent about the danger it poses, especially when winter rolls in and oil and gas heaters are more heavily in use,” said Schumer.  “That’s why our legislation steps up federal support for both public education and carbon monoxide detection, which will give American families the tools they need to detect carbon monoxide risk before it can cause harm. Amanda Hansen’s family and friends have worked hard to pass a similar law here in New York State, and I am proud to now help them continue that effort at the federal level.”

“We are so excited to begin this important effort with Senator Schumer” said Ken Hansen, Amanda’s father. “We have worked hard to pass important legislation at the State level and now, with Senator Schumer’s help, we are hopeful that families across the country will become more aware of the dangers posed by carbon monoxide poisoning.”

According to the Centers for Disease Control, there are over 400 deaths and 20,000 emergency room visits as a result of CO poisoning each year and the highest percentage of CO exposures occurs during the winter months of December, January, and February.  Especially dangerous in places like Upstate New York is the risk of poisoning associated with running an automobile engine in an attached garage or burning charcoal in the house.

Amanda Hansen passed away at the age of 16 from carbon monoxide poisoning while at a friend's house for a sleepover. In her memory, her family formed the Amanda Hansen Foundation which worked to pass “Amanda’s Law” in New York State, requiring that all homes have at least one CO detector. In addition New York State declared January as Carbon Monoxide Poisoning Awareness Month. Schumer’s bill, which would help provide more federal support to awareness campaigns on this issue and which will encourage more states to adopt legislation like “Amanda’s Law” is another important step in that effort.

In addition to their legislative efforts, the Amanda Hansen Foundation has raised funds to provide CO detectors to families that cannot otherwise afford them across Western New York and is continuing to work to raise awareness on this important issue.