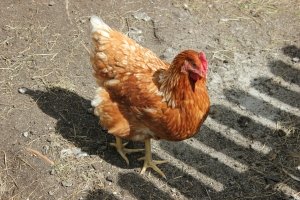 Washington, DC - December 16, 2013 - U.S. Senator Charles E. Schumer today revealed that the U.S. Department of Agriculture (USDA) has released a report exclusively to Congress indicating that they are taking steps to allow chicken raised and slaughtered in China to be exported to the United States – a move that would put American consumers at real risk. This report comes on the heels of another widely criticized decision to allow chicken processed in China – but raised and slaughtered in the U.S. – to be sold in America.  That announcement raised alarm bells among consumer advocates rightly worried that it would lead to chickens actually raised in China entering secretly entering our food supply, and this recent report makes those concerns a reality.  Schumer today pointed to the numerous and disturbing incidents of tainted and diseased food exported from China and urged the USDA to not move forward with these new rules allowing imported chicken from China.

Specifically the report revealed that the USDA is moving towards granting the Chinese slaughter system "equivalence" to the U.S. system food safety system, which would allow those chickens raised and processed in China to be brought to the U.S.  Schumer noted that even if this equivalence is granted, Chinese plants still be very rarely inspected.

“By taking steps towards allowing Chinese raised and processed chicken to be sold in the U.S., the USDA is taking steps away from guaranteeing American consumers a safe food supply.” said Schumer. “It is shocking that given China’s poor track record with regard to food-safety, the USDA  is taking moving towards allowing China to raise, slaughter and process chicken to be eaten in the U.S. The USDA should reconsider its efforts and make sure the chicken we eat here in America is safe. ”

A recent report given exclusively to Congress indicates that the USDA has found aspects of the Chinese slaughter system to be equivalent to the U.S. system in terms of sanitation, Hazard Analysis and Critical Control Point  (HACCP), chemical residue, and microbiological testing programs. If the USDA deems the system to be equivalent to the US’s, it is a significant step to allowing China-raised and processed chicken to be sold in the U.S.

There are still other steps the Chinese government needs to take before they can achieve the “equivalence designation” but the report raises major concern that USDA is moving in this direction.

According to the USDA report presented to Congress, “the audit, conducted by the Food Safety and Inspection Service (FSIS) of the USDA,  was designed to 1) determine whether China’s food safety system, as implemented, is equivalent to FSIS’ inspection system with respect to government oversight, statutory authority and food safety regulations, sanitation, Hazard analysis and Critical Control Point Systems, chemical residue programs and microbiological testing programs and 2) to determine whether China is implementing the corrective actions agreed to after a December 2010 audit in which FSIS found that China’s poultry slaughter inspection system was not  equivalent to that of FSIS.”

In September, the USDA ended the U.S. ban on processed chicken imports from China and approved four Chinese chicken processing plants for sale back to the U.S. market.  The four plants are only allowed to process birds raised and slaughtered in the U.S., Canada or Chile. The USDA’s Food Safety and Inspection Service (FSIS) issued the audit report on the Friday before Labor Day weekend. The report notes that USDA inspectors will not be required on the four sites to verify that only “approved” chicken is being processed. Additionally, because the chicken is being processed, a USDA “country of original” label will not be required on the food products.

China has been home to a number of serious food safety concerns. In March, thousands of dead pigs were found floating in a river in China that supplies drinking water. The incident occurred after a large crackdown on people selling diseased pigs. In April, the World Health Organization announced that avian influenza (also known as bird flu) had been identified in a number of people in China. Travelers and Americans living in China were advised not to touch birds or pigs and to avoid live bird or poultry markets. In May, sixty-three people in China were arrested for buying and selling rat, fox and mink flesh and selling it as mutton for $1.6 million. Also since 2007, the Food and Drug Administration (FDA) has logged over 2,000 complaints about dogs becoming sick or having died from chicken-jerky dog treats made in China.

In September, Schumer called on the USDA to require on-site audits at the approved Chinese chicken processing plants and for increased re-inspection of all Chinese chicken meat re-entering the country. Schumer has continued to fight for these changes.

Schumer today said that the most recent FSIS audit means China  is one step closer to being allowed to process, raise and slaughter chicken exported to the United States. Schumer is urging the USDA to reconsider their most recent decision.

I am writing to request information about the recent finding by the United States Department of Agriculture’s Food Safety and Inspection Service (FSIS) that aspects of the Chinese poultry slaughter inspection system meets the same standards of equivalence to the US, which will brings USDA one step closer to issuing a proposed rule for Chinese raised chickens to be slaughtered and exported to the U.S. In light of China’s inadequate food safety record, I would like to express my deep concern that American consumers will be put at risk if FSIS moves forward with granting the chinese poultry slaughter system equivalence to the U.S. I urge FSIS to reexamine its findings by conducting broader and more extensive audits to investigate sanitation, Hazard Analysis and Critical Control Point  (HACCP), chemical residue, and microbiological testing programs in the Chinese slaughter inspection system.

As you know, the Chinese food safety system has had significant failures and poor enforcement of its food safety laws and regulations. The U.S. Food and Drug Administration (FDA) has determined that over 600 pets have died from an identified containment consumed from chicken treats made in China. Additionally, in 2008, the contamination of milk and milk products with melamine resulted in the death of at least four infants and in illness of thousands more.

In the 2010 audit of the Chinese slaughter system, FSIS found many issues with quality control. Some of the main issues that arose and which led to the original ban on processed poultry imports from China were not properly trained poultry plant workers, a lack of a proper HACCP system, and not testing for microbiological contamination. These testing systems did not directly address Salmonella or Listeria contamination.

I want to again express my deep concern that these issues may still pose a threat to American consumers and request that FSIS explains in detail how the Chinese inspection system has addressed the 2010 deficiencies. China’s history of weak enforcement of food safety regulations and laws makes it deeply troubling that U.S. consumers could soon be subject to eating Chinese poultry.

I also ask that your staff provide mine with more information about the Chinese chicken slaughtering system and that FSIS reexamine its most recent findings.  I hope you will work to ensure that each step of this decision-making process is transparent and rigorous. The Chinese food safety system and Chinese poultry industry absolutely should adhere to high food safety standards. I thank you for your attention to this important matter and look forward to working with you on behalf of New York and American consumers.