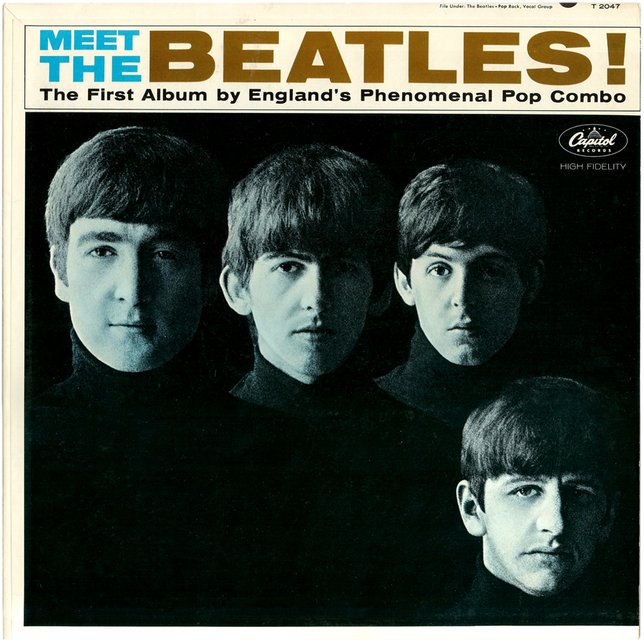 Sag Harbor, NY - December 12th, 2013 - “IT WAS 50 YEARS AGO TODAY...” is the name of the special weekend announced by Bay Street Theatre to celebrate the arrival for THE BEATLES to America 50 years ago. The ALL BEATLES weekend will include fun-filled films and concerts.
The weekend begins on Friday, February 7 at 8 pm with LEGENDS: THE BEATLES. Archivist and filmmaker JOE LAURO opens the vaults to present a special ALL BEATLES
film evening. From their first known film shot at The Cavern Club in 1962 to their final 1969 "Rooftop" Concert...The Beatles will be in the house performing their music on film like it was only yesterday! Also included in the firm are campy "cover versions" by the likes of Frank Sinatra, Eartha Kitt and others! Tickets are $15 general seating.
The Beatles music mania continues on Saturday, February 8 at 8 pm with CELEBRATING THE BEATLES - A very special evening of  The Beatles songs performed by some of the best of the best East End performers including: NANCY ATLAS, GENE CASEY, CORKY LAING (from "Mountain"), JOE DELIA, DAWNETTE DARDEN (from "HooDoo Loungers"), JOE LAURO, CAROLINE DOCTOROW, JIM TURNER and others. Come listen and DANCE! Tickets are $25 in advance and $35 day. Both are general seating and include a glass of house wine for adults.
The weekend culminates on Sunday, February 9 at 7 pm with THE BEATLES ON ED SULLIVAN. Fifty years TO THE DATE the original ENTIRE 2/9/64 broadcast of THE ED SULLIVAN SHOW will be shown from start to finish. Also, some rare film of The Beatles' FIRST VISIT to New York City filmed just hours before their historic ED SULLIVAN broadcast. Tickets are $5 general seating.
“This is going to be a great weekend to come and relive the excitement of The Beatles,” says Tracy Mitchell, Executive Director for Bay Street Theatre. “It falls on Sag Harbor’s HarborFrost Weekend so Bay Street will be a great place to keep warm and have a great weekend of music.”
To join the fun for all three nights, Bay Street is offering a FAB 4 FAN Pass for just $40. Individual event tickets and the FAB 4 FUN Pass are available by stopping by the Box Office Tues. – Sat. 11 am – 5 pm or calling 631-725-9500. The Box Office will be closed from December 22, 2013 – January 6, 2014. For more information about Bay Street Theatre log on to www.baystreet.org.
Bay Street Theatre is a year-round, not-for-profit professional theater and community cultural center which endeavors to innovate, educate, and entertain a diverse community through the practice of the performing arts. We serve as a social and cultural gathering place, an educational resource, and a home for a community of artists.